This September, Hermann Historica is offering an extra highlight that takes Munich's autumn of art to a new level. Under the heading "From castles and palaces – selected art and handcrafts from antiquity to the 20th century", around 250 lots continuing this theme are to come under the hammer in a special auction. In cooperation with the local art dealership Ehrl Fine Art & Antiques, these exquisite objects will be presented in an appropriate setting against the majestic backdrop of Castle Greding in an auction starting at 4 pm on 25 September.

Art lovers will find the outing to Greding in the Altmühltal Nature Park, just 60 minutes north of Munich, well worthwhile, even for the pre-sale viewing days from 19 to 25 September. In the former prince-bishop's hunting lodge on the market place at the heart of the historical old town, collectors will have an opportunity to admire and acquire rare, perhaps unparalleled, objects of supreme artistry ranging from antique jewellery, sacral artefacts, defensive weapons, firearms, Old Master paintings, bibliophile treasures and superlative artworks to memorabilia from the personal effects of crowned heads. 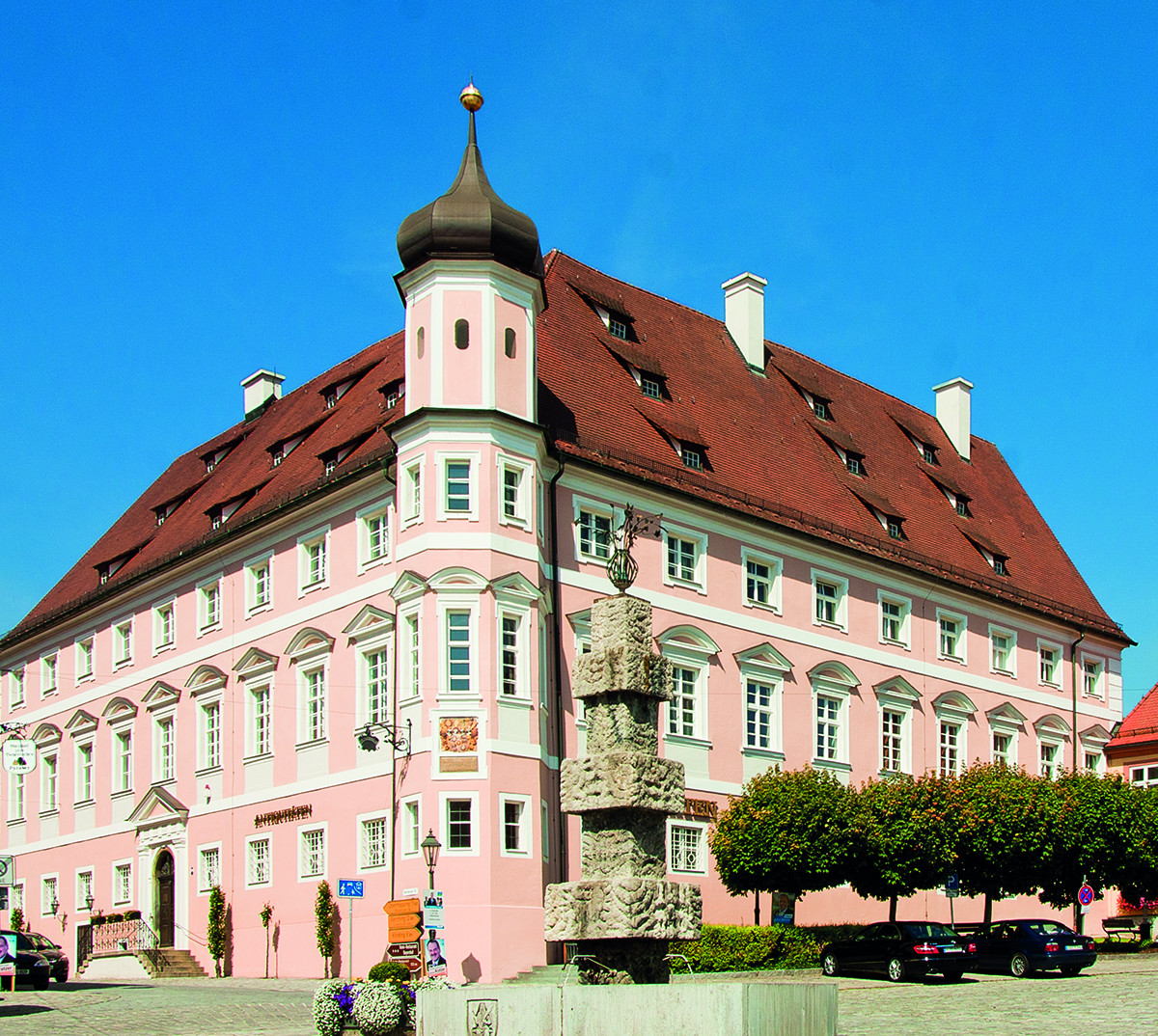 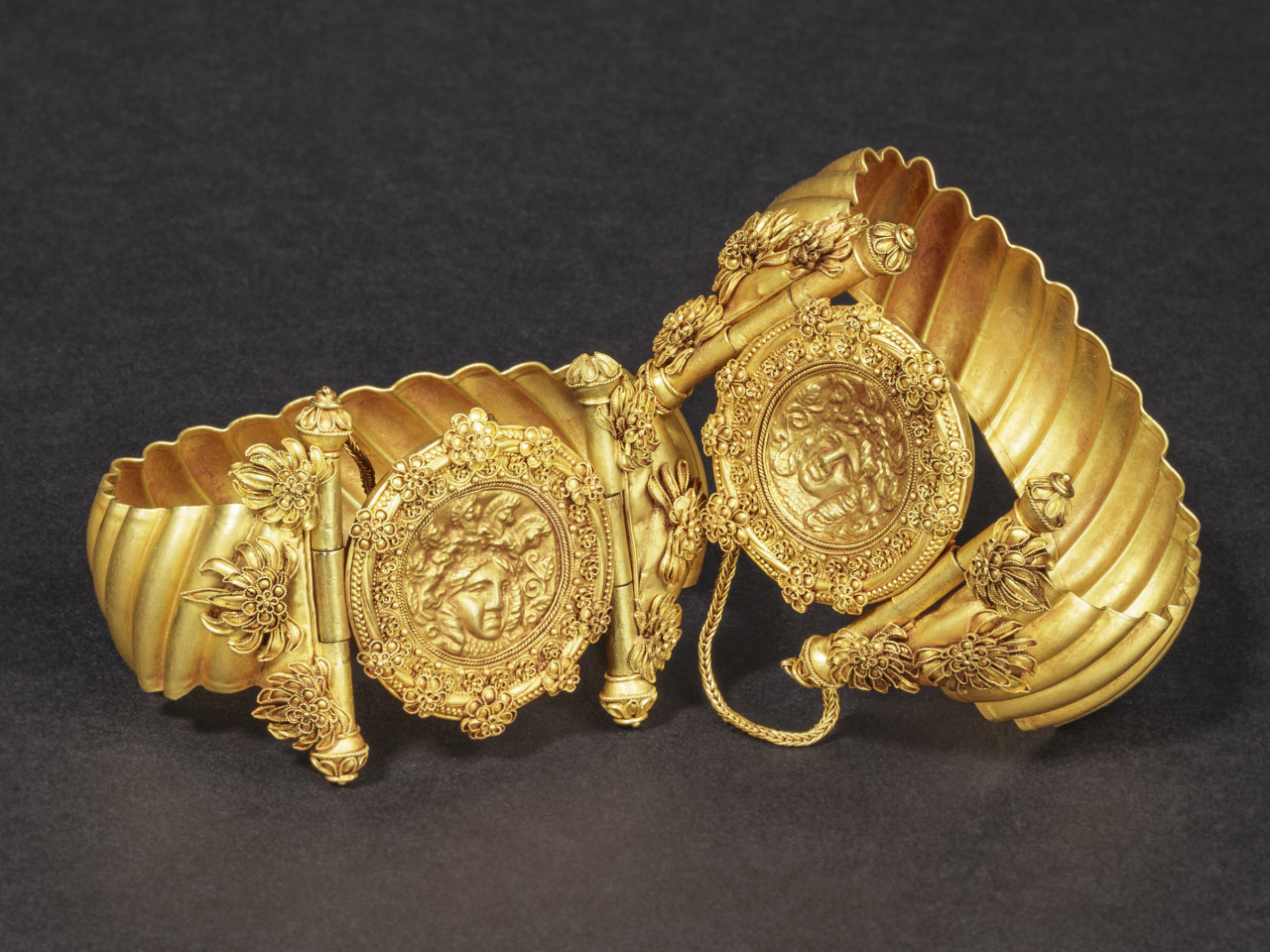 Without doubt, a pair of finely crafted, early Hellenistic gold bracelets dating from the 4th-3rd century B.C. may be regarded as a spectacular piece of courtly work. The bracelets are adorned with the head of Medusa, not depicted as a frightening figure but almost graceful, in keeping with the Hellenistic concept of art.

Bids are invited from 75,000 euros for these gems, which attest to the great virtuosity of the early archaic goldsmith workshops and usher in the procession of objects from all periods and regions. Also certainly dating from classical antiquity is an exceptionally large bronze eagle, the rendering of which is both graceful and naturalistic. Standing 32 centimetres tall, the sculpture is of a size rarely found in antiquity and is sure to delight buyers with its exquisitely wrought surface, particularly the meticulous details of its plumage. Standing in repose, its head slightly turned to the left and wings folded, exuding a powerful creative expression, the bronze is probably from Greece and will soon take pride of place in a new collection for 180,000 euros. 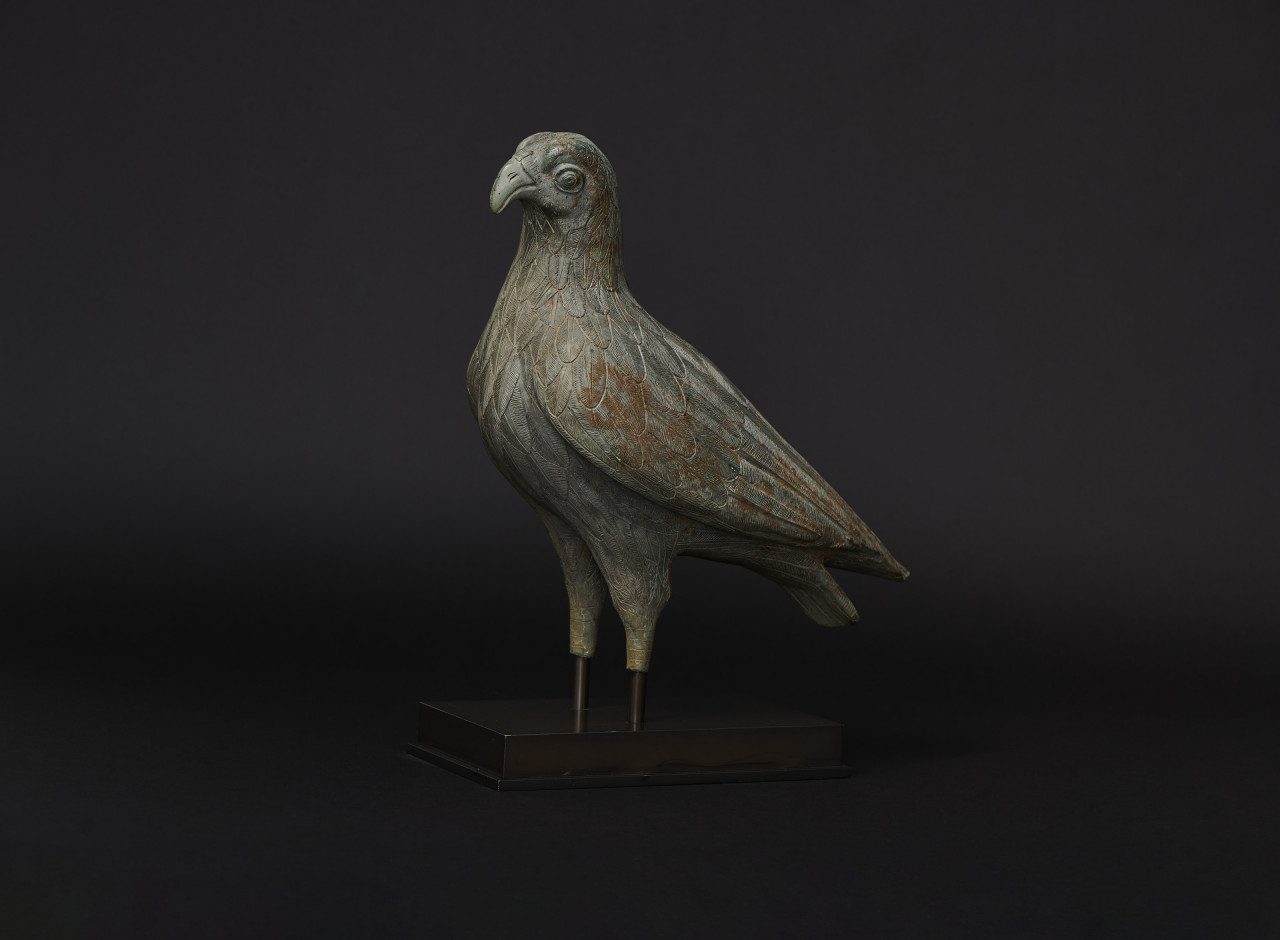 Carved in wood and painted in colour circa 1600, a Gothic altar from South Tyrol is a sheer triumph of composition and vivid hues. At the centre of the three-part altar, combining early Renaissance and late Gothic design elements, stands a Woman of the Apocalypse with the Infant Jesus, his hand raised in blessing. Listed at 35,000 euros, the quality and origin of the altar are confirmed in the up-to-date report prepared by the expert Dr. Albrecht Miller. Equally worthy of note among the sacred artefacts and estimated at 30,000 euros, is an exceedingly impressive gilt figure of Christ from the prestigious Giambologna workshop, which reached the pinnacle of its creativity in the second half of the 17th century. 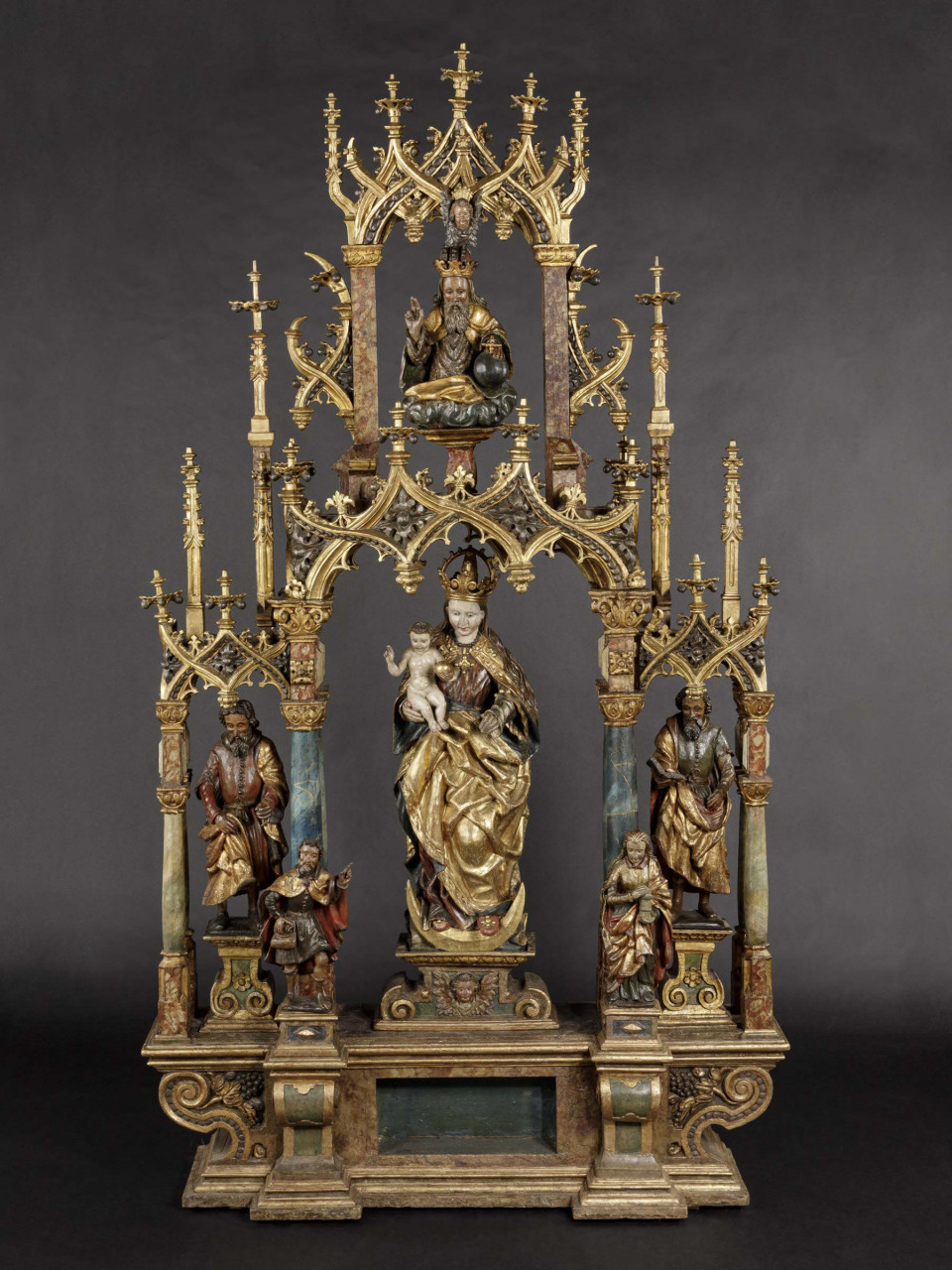 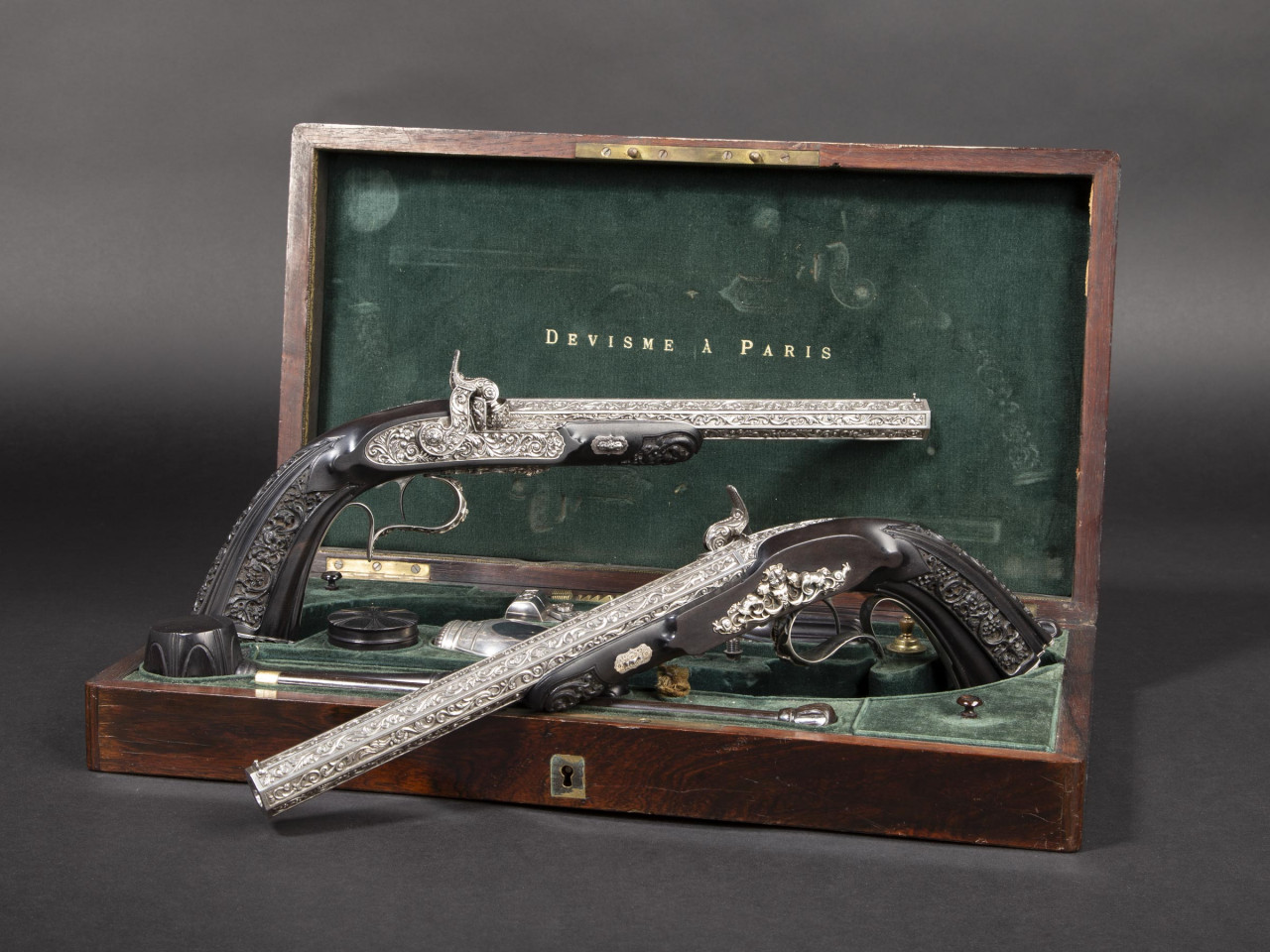 No less awe-inspiring is the significant pair of cased deluxe percussion pistols, made in 1845 by the world-famous Paris gunsmith Devisme, who won several medals. Virtually every form of opulent embellishment has been lavished on these firearms in order to present them as custom-made pieces at the Industrial Expositions in Paris and thereby outshine the competition.

Quality and rarity may command their price, as reflected in the reserve of 80,000 euros for this pair. Next up, the sumptuous decoration of the Milanese gold-inlaid roundel is breathtaking. Made circa 1560/70, the slightly domed roundel features scenes with warriors fighting in antique-style dress. This highly distinguished shield is more than likely to exceed its opening price of 30,000 euros. 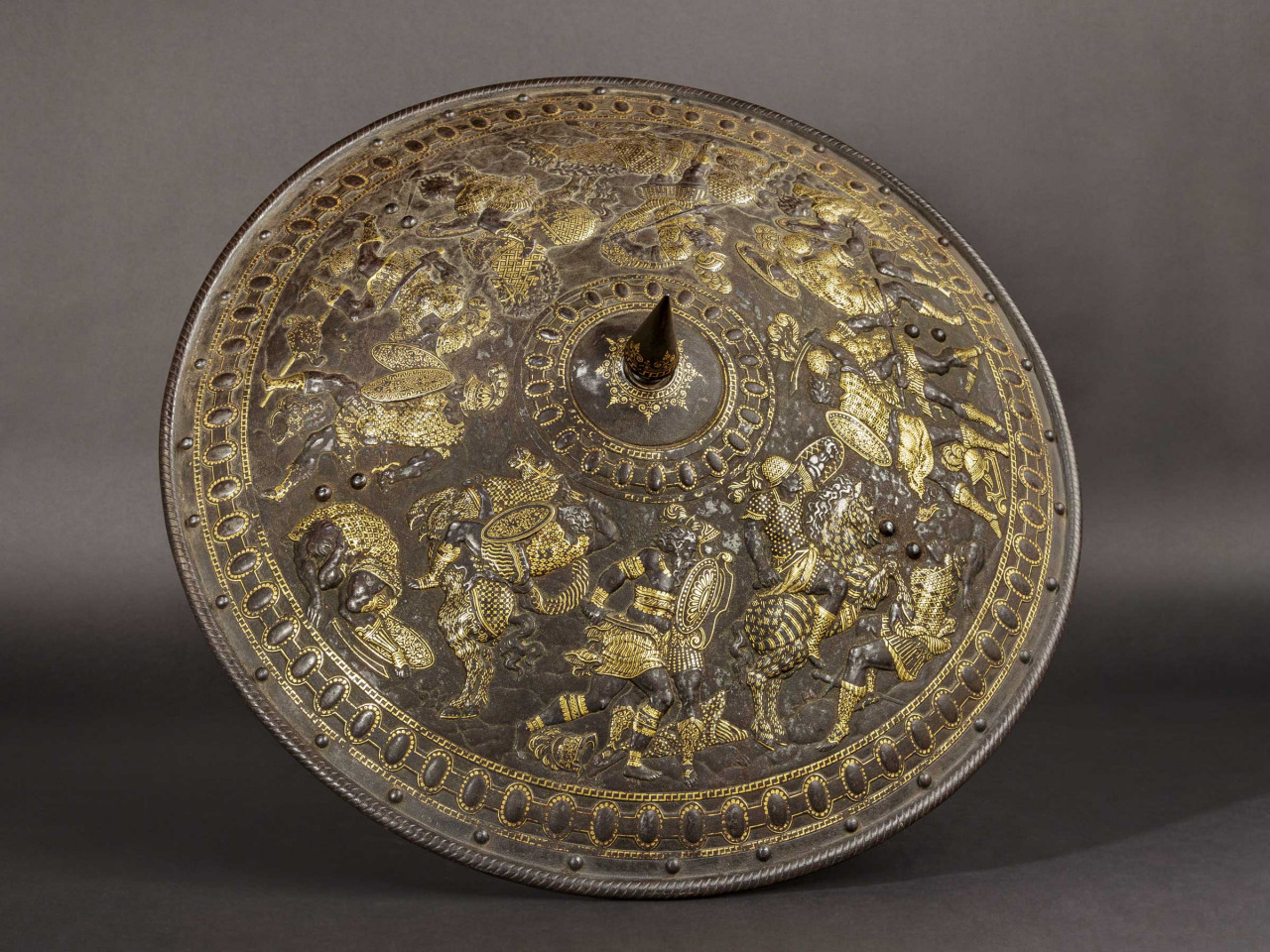 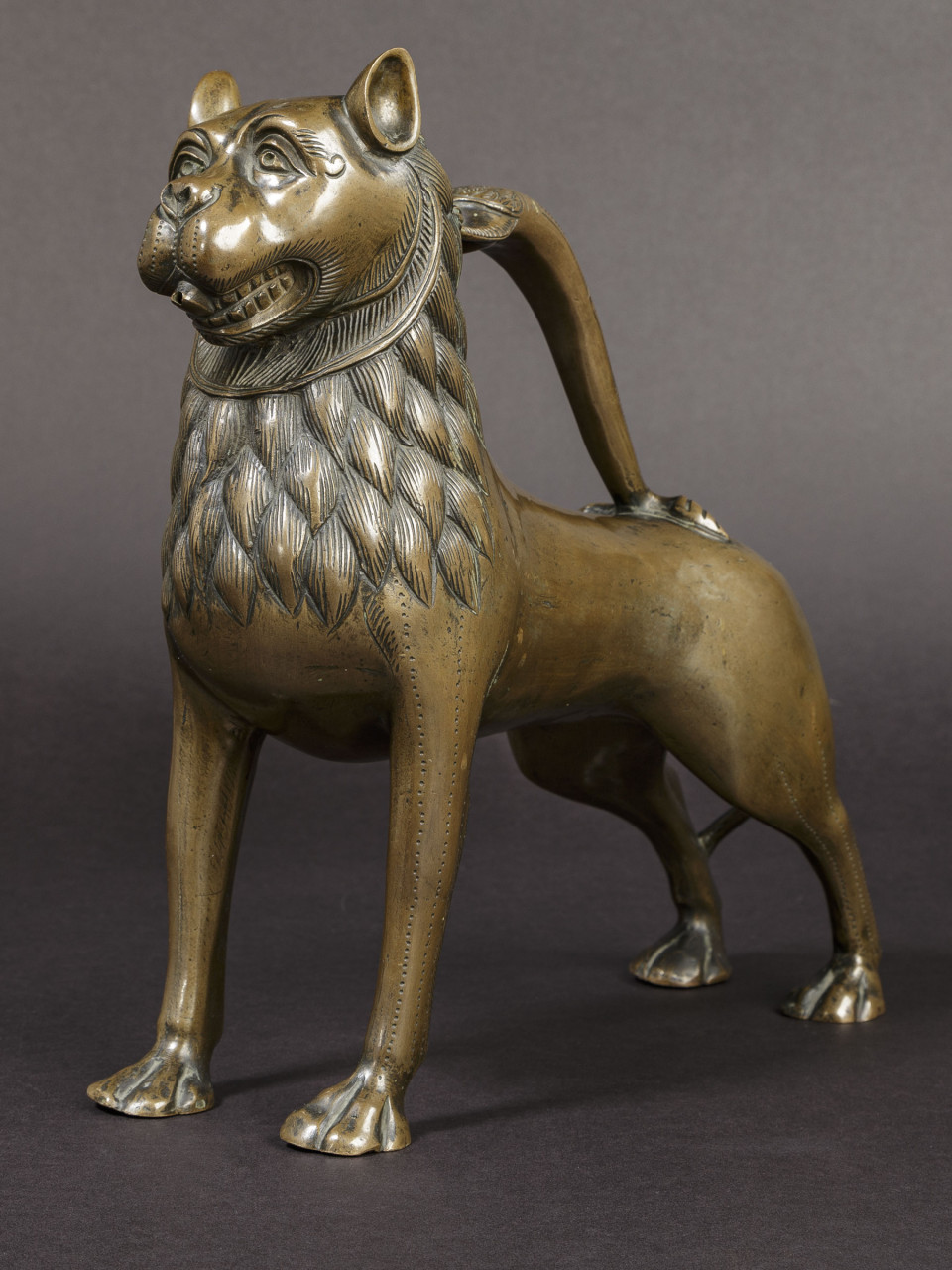 A 14th century lion aquamanile made in Lower Saxony is also expected to fetch at least 45,000 euros. Beautifully preserved, the spouted vessel is fully sculptured in the shape of a lion and was used for the ritual hand washing of guests before a court banquet.

Barely a century later, the first German edition of "The Chronicles of Schedel" was published by the German historian Hartmann Schedel in Nuremberg. Bidding now starts at 35,000 euros. Although countless illustrated accounts of world history were published in the early days of printing, Hartmann Schedel's main work, with its cornucopia of maps, city scenes and woodcuts, is regarded as the most lavishly illustrated incunabulum of all. 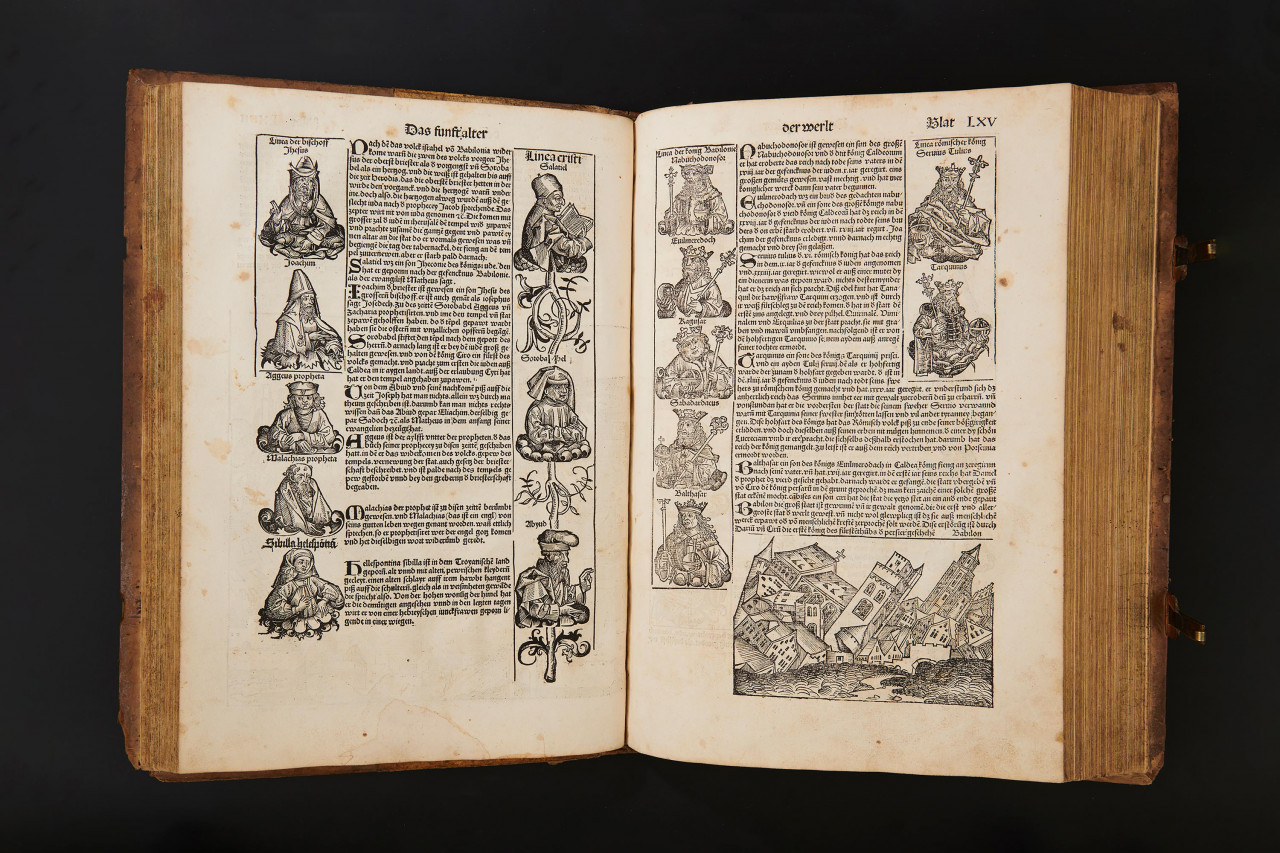 Of considerably later date yet no less artfully conceived, buyers will be interested in a number of superbly wrought, 19th century ivory objects, richly decorated in relief, including an extremely large presentation plate valued at 28,000 euros, which is adorned with portraits of Greek deities and measures a remarkable 50 x 70 centimetres. Moreover, a French-made gown worn by the Empress of Iran, Farah Diba, is proving to be one of the main attractions of the auction. A fashion icon, the Empress was frequently photographed wearing the familiar, splendidly embroidered evening gown, of which she probably owned several copies, at innumerable state occasions throughout the 1960s and 1970s, such as the reception for the US President Richard Nixon in Teheran. Such a personal memento will doubtless coax an enthusiast into parting with 7,500 euros. 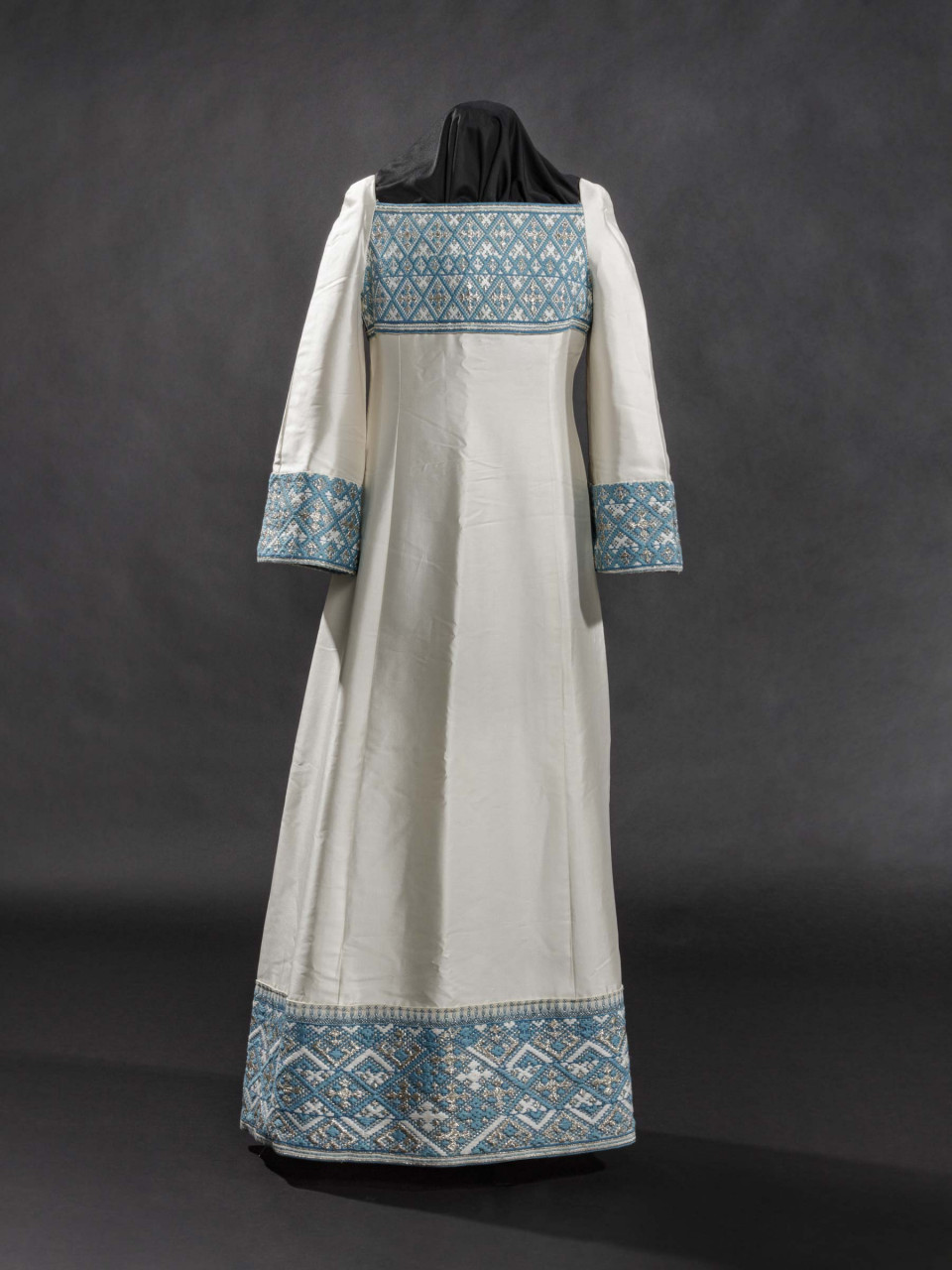 More highlights from our auction: 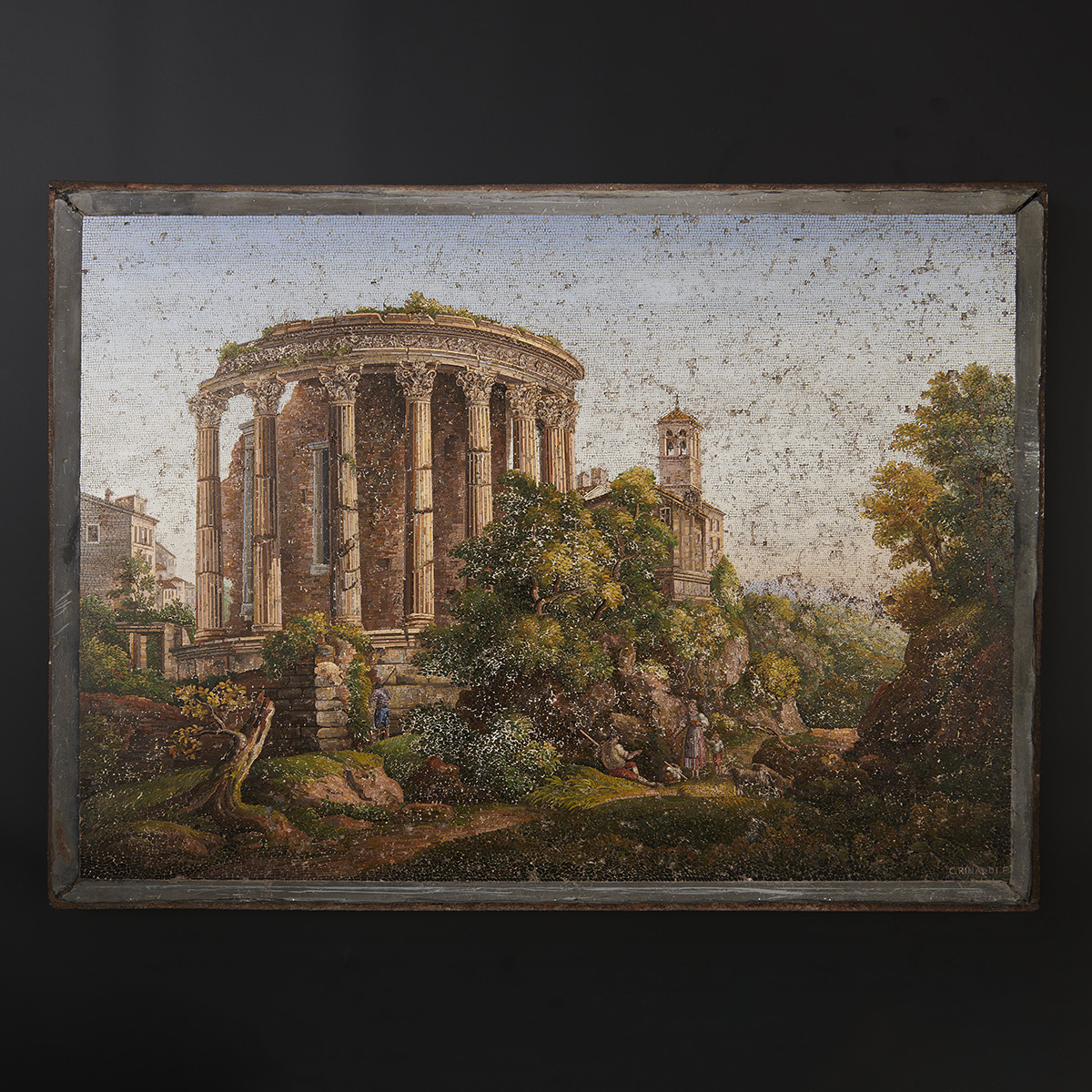 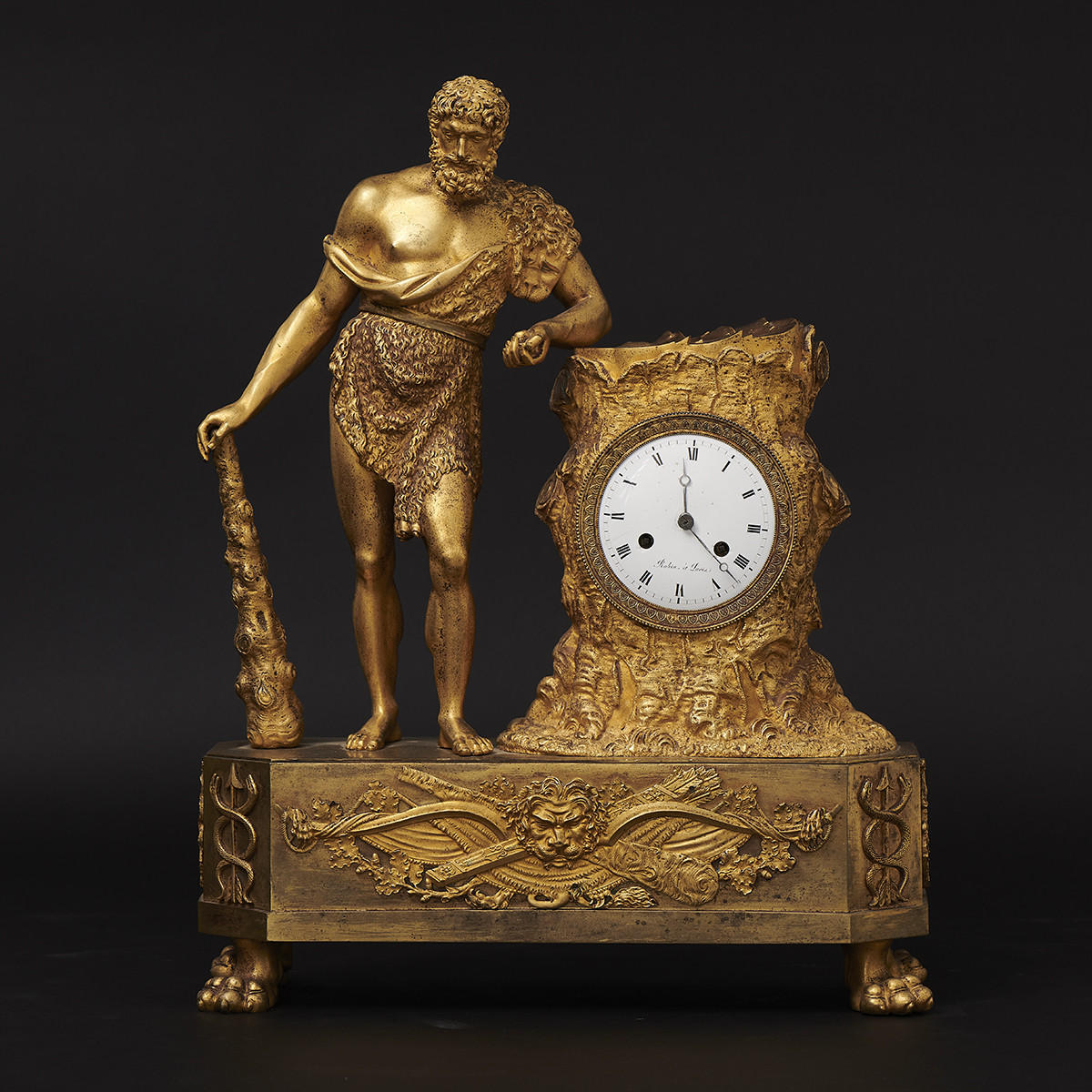 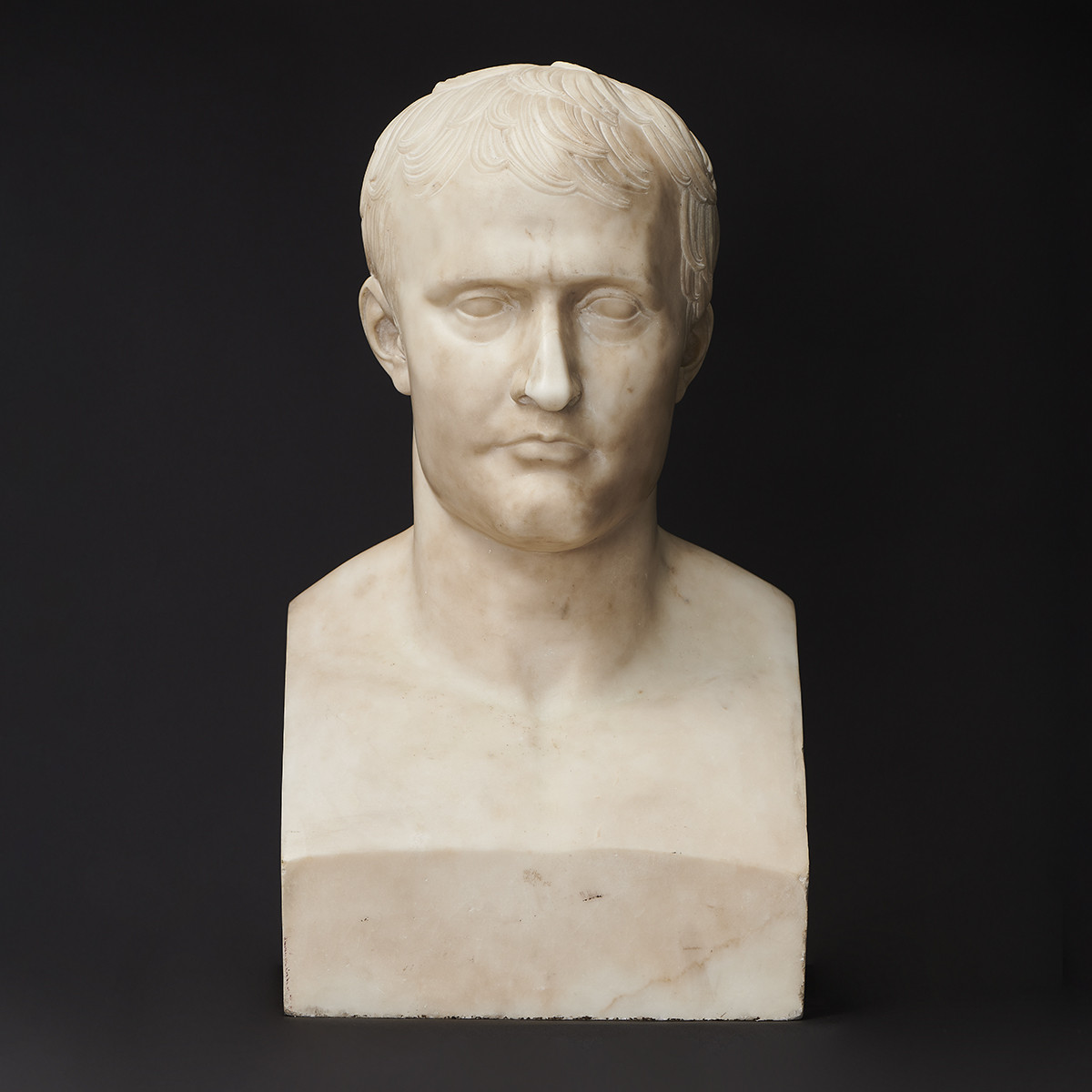 A large marble bust of Napoleon I of France, after Chaudet, first half of the 19th century Lot 161, Starting price 10.000 Euro 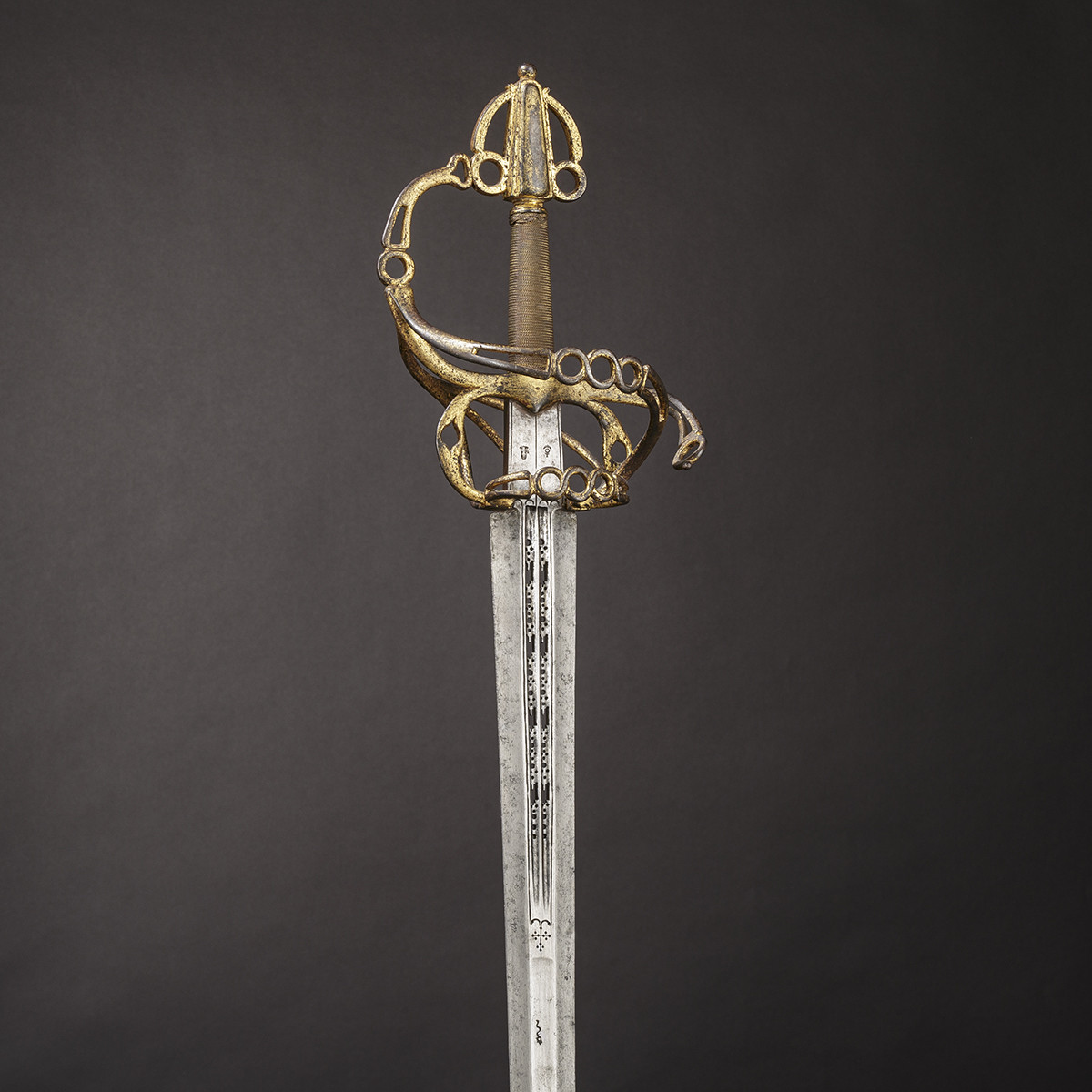 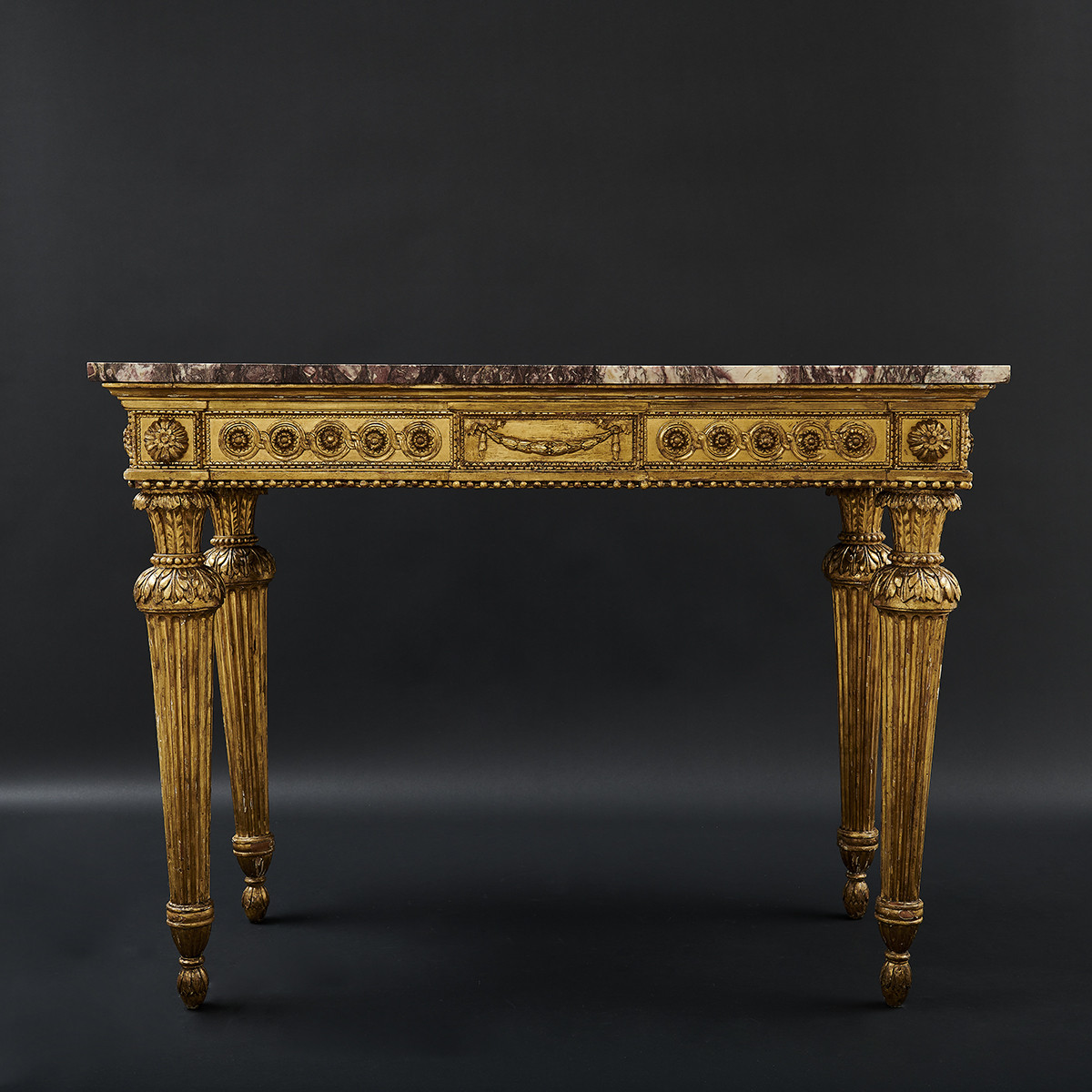 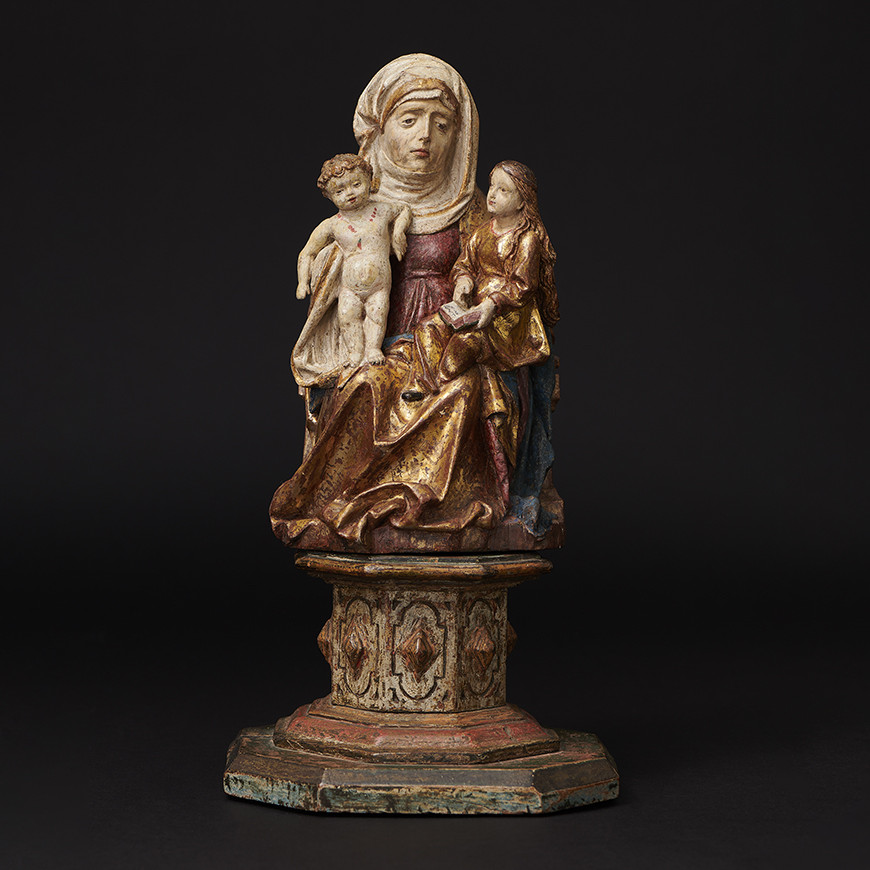 Watch our video to our upcoming auction: 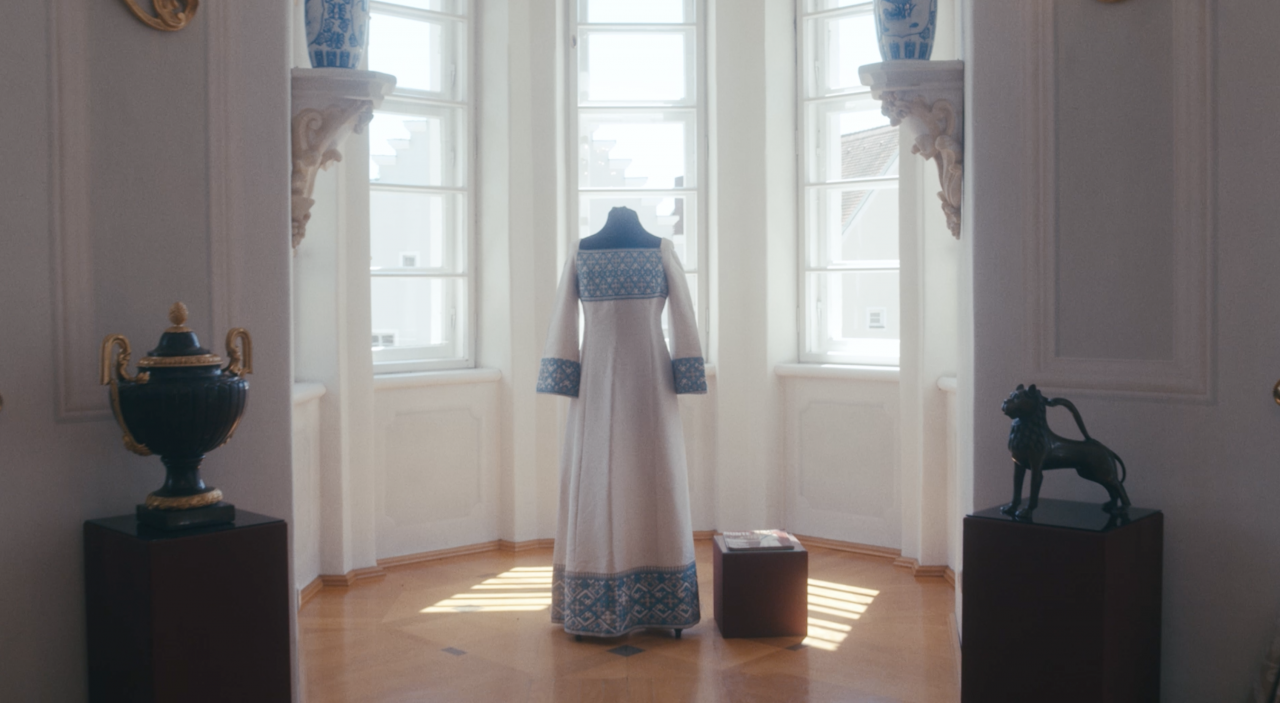 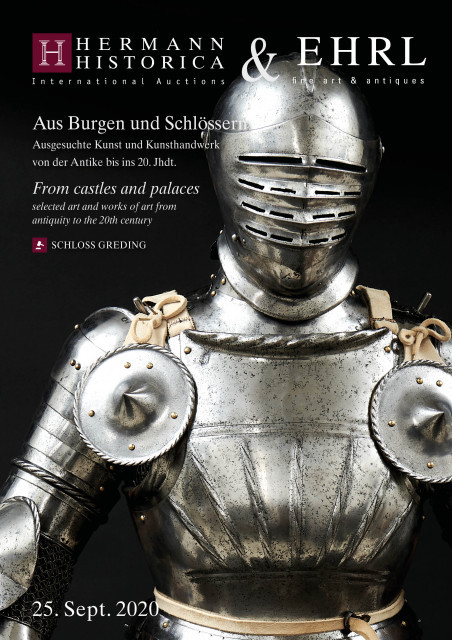 or by Email to:
press(at)hermann-historica.com