The catalogue "Five centuries of antique and modern firearms" offers a representative overview that traces the entire evolution of the fine art of gunmaking, with exceptionally rare pieces that collectors may otherwise only dream of. However, the creators of these sophisticated devices were not merely guided by their quest for technical perfection, but also by the principles of usability and aesthetics. With the live auction, all firearms are combined in this catalogue for the first time. Oriental, Asian and Indo-Pacific firearms, which were previously listed under 'Old Weapons', will from now on be listed here. 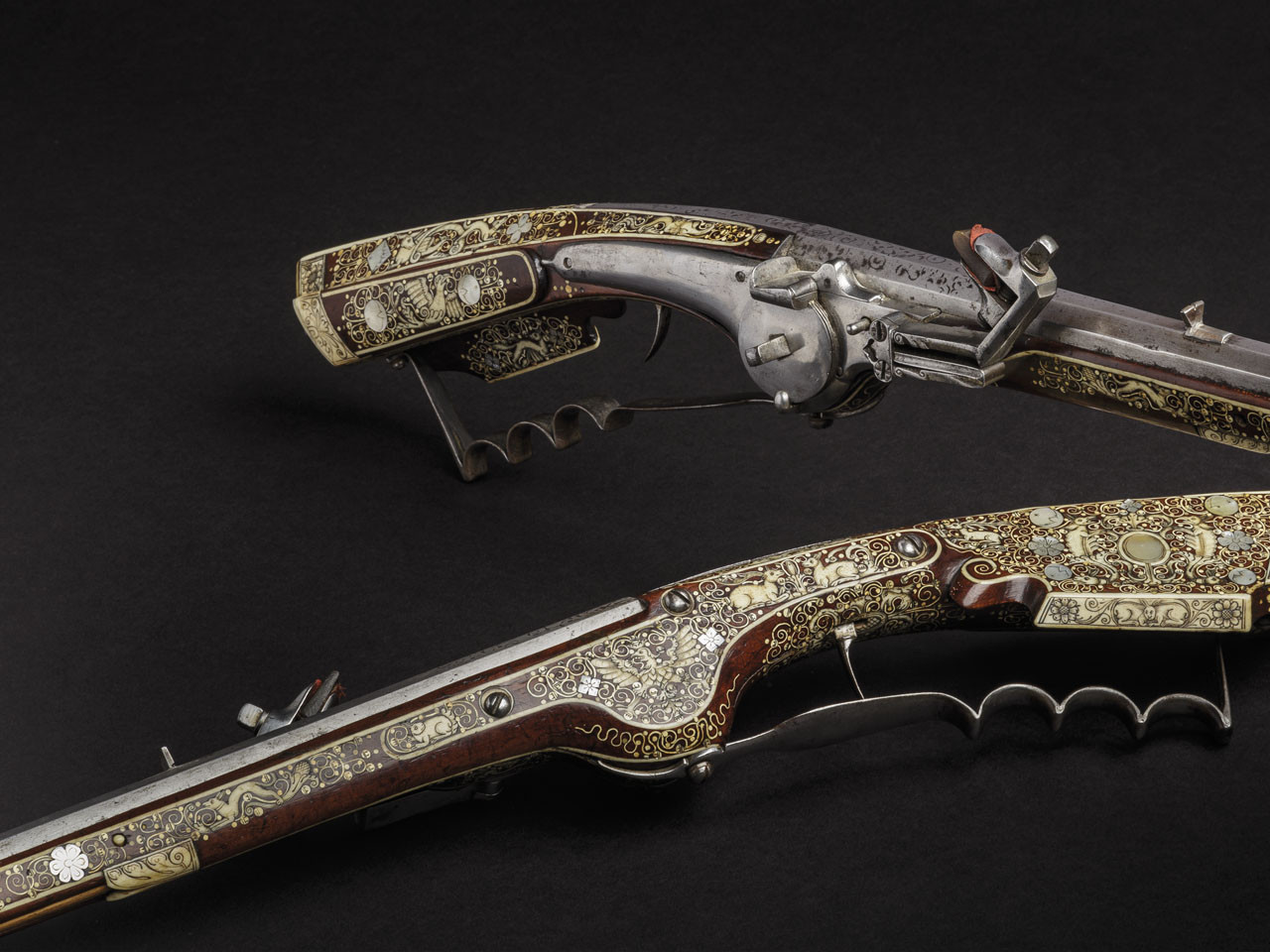 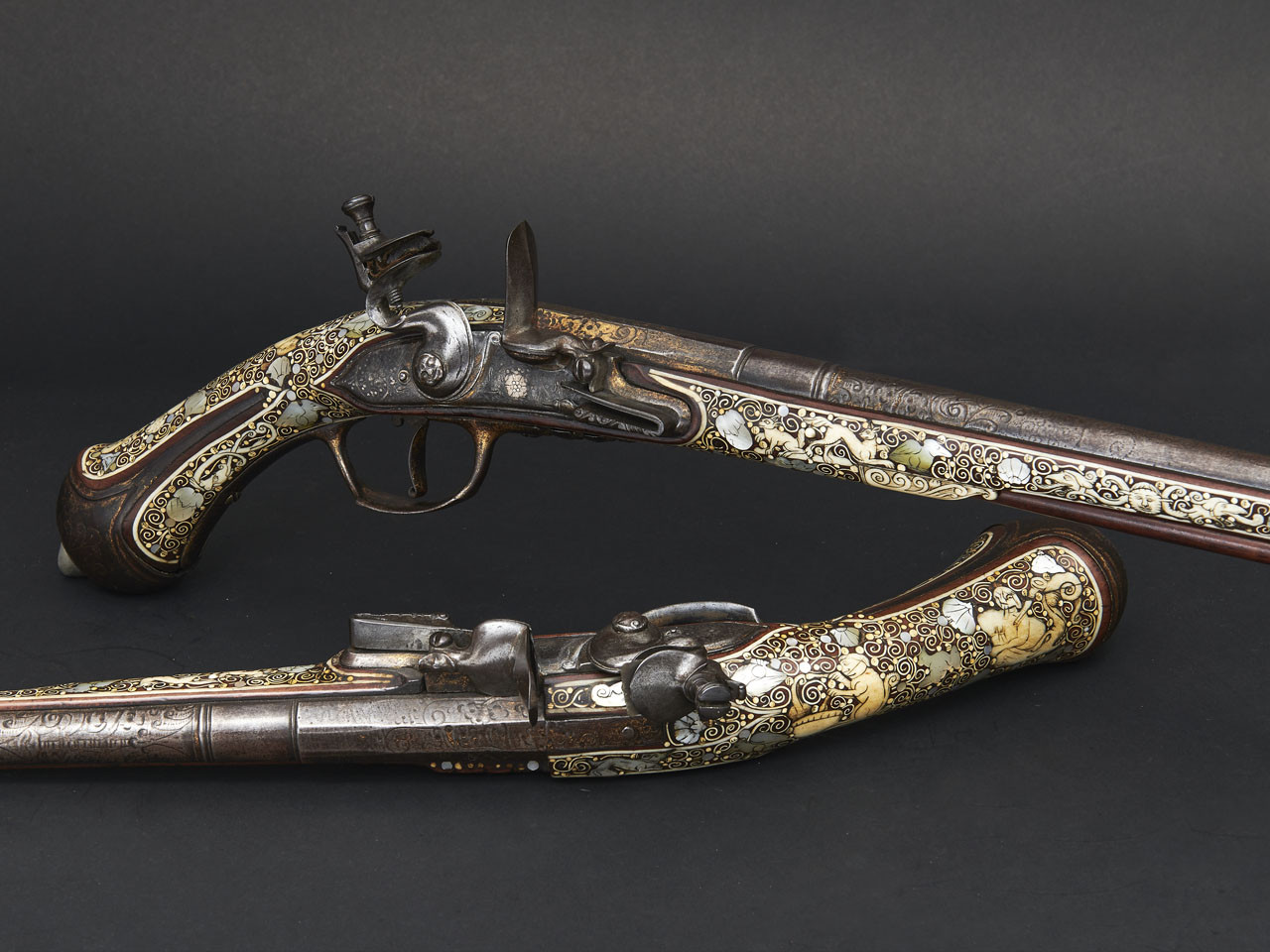 A distinguished pair of Cieszyn wheellock carbines with superb bone inlays is a shining example of this supreme virtuosity. Although comparable pieces in the Metropolitan Museum in New York come close in technical terms, they cannot compete with the finesse of the inlays on these 1640 carbines. The shafts are lavishly inlaid in bone and mother-of-pearl, embellished not merely with ornamental flourishes and tendrils, but also with wild beasts, mythical creatures and the Cieszyn coat of arms. The iron décor on the barrel is no less ornate. Exceedingly magnificent hunting rifles of this kind, produced in Cieszyn since the 16th century, were soon in great demand as prestige objects, demonstrating their owner's status and wealth. Bids from 65,000 euros are now invited for this fabulous pair. Of slightly later date, an equally formidable pair of flintlock pistols was made in Silesia circa 1680, sumptuously inlaid in bone and, to accommodate the fashion of the time, adorned with flowers, animals, grotesque masks and musicians, lavishly finished with fire gilding. This exquisite pair is now expected to fetch 32,000 euros.

Also particularly impressive is a deluxe Renaissance wheellock rifle with wonderfully delicate ornaments, entirely covered in finely engraved and chiselled décor on the original blued background, with a depiction of Jupiter in a chariot drawn by lions, surrounded by animals and grotesque masks. With an openwork, gilt cock and profuse gilding, the rifle is sure to be snapped up for its limit of 28,000 euros. An early, 1570 German musket with combined matchlock and wheellock action is still in its original condition. Its exceptional rarity allows it to command its price, starting at 25,000 euros. 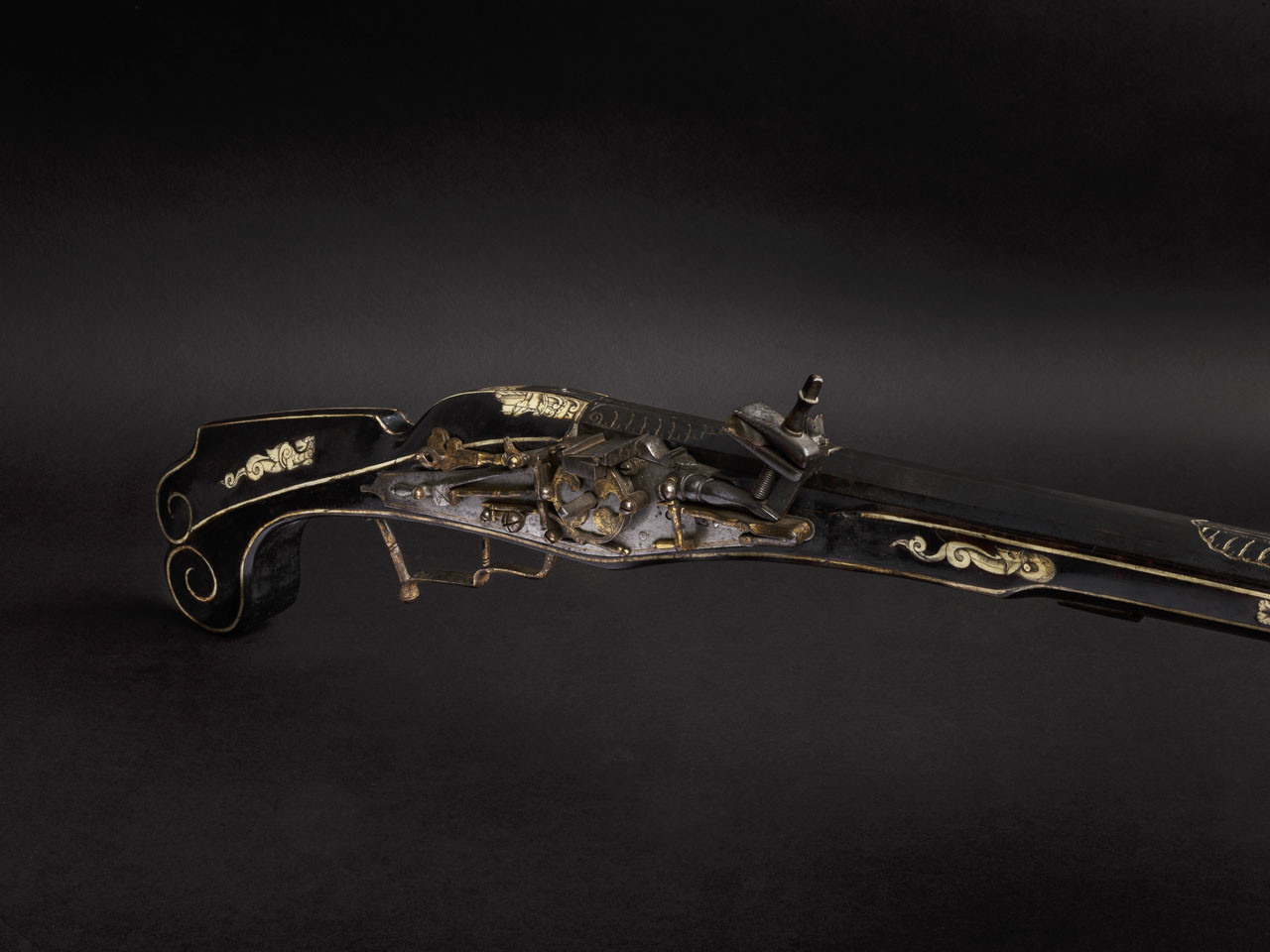 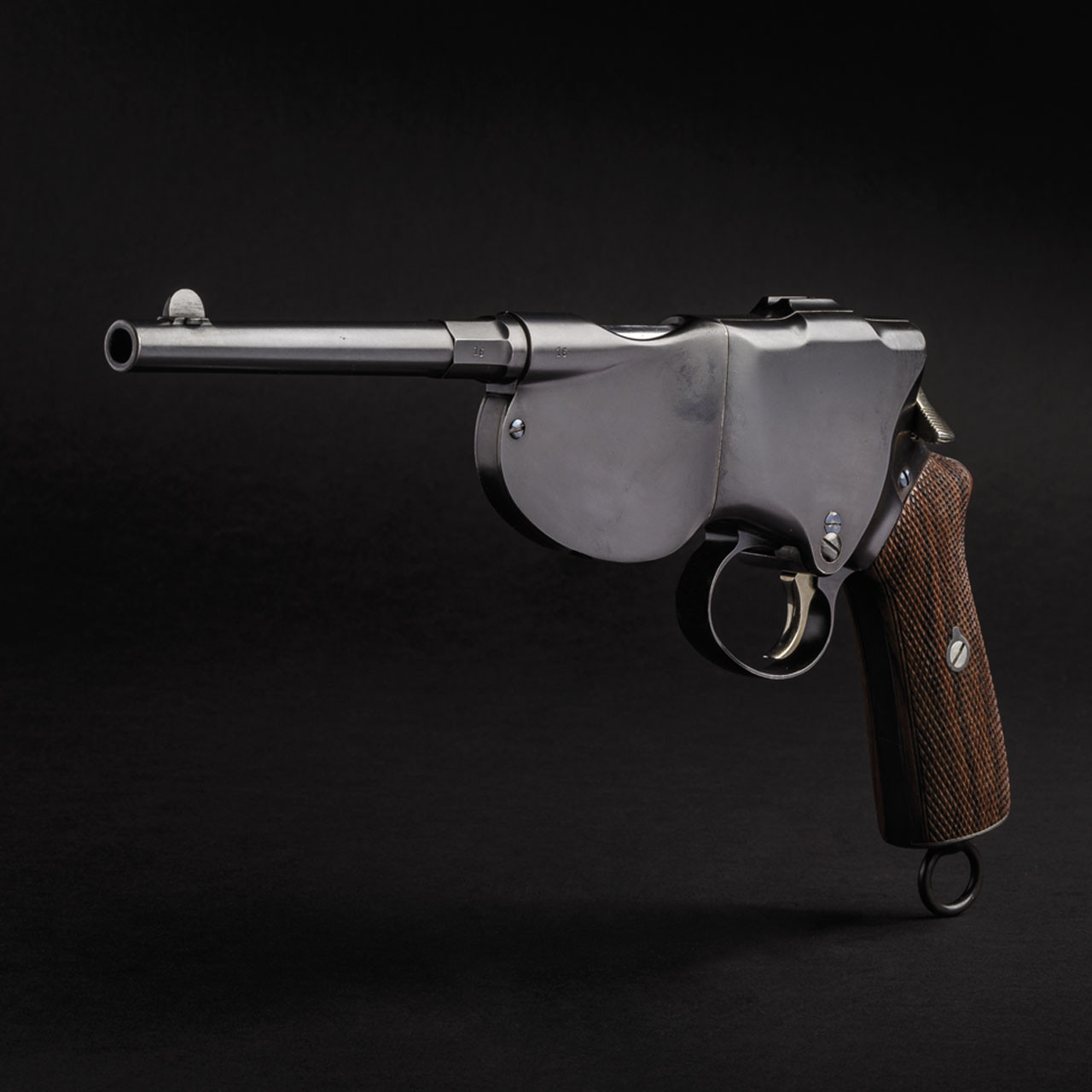 Once again, the modern arms section holds a variety of showstoppers in store, ranging from rare to one-of-a-kind and seldom, if ever, found on the market. One spectacular piece, of supreme importance in the history of weapons development, is a Schönberger-Laumann Mod. 1894-II, the world's first semi-automatic pistol. This very pistol is described in detail and illustrated in the standard reference work "The Origins of the Automatic Pistol" by Joschi Schuy. Just six specimens of this rarity are known to exist around the world. As an undisputed pièce de résistance, this is reflected in its asking price of 18,000 euros.

Not a great deal more common is the fully automatic Haenel “machine carbine” MKb 42(H), calibre 7.92×33mm Short, serial number 9492, which is valued at 15,000 euros. Developed after 1938 by Hugo Schmeisser, Haenel's head designer, a series of just 12,000 of this revolutionary weapon was produced as a collaborative effort with Merz in Frankfurt, which specialised in stamped sheet metal parts. Nonetheless, the machine carbine never made it beyond field trials and was discontinued in favour of the previously developed MP 43/44 and K 43. Interested parties are advised to strictly observe their national weapons laws with regard to fully automatic rifles. 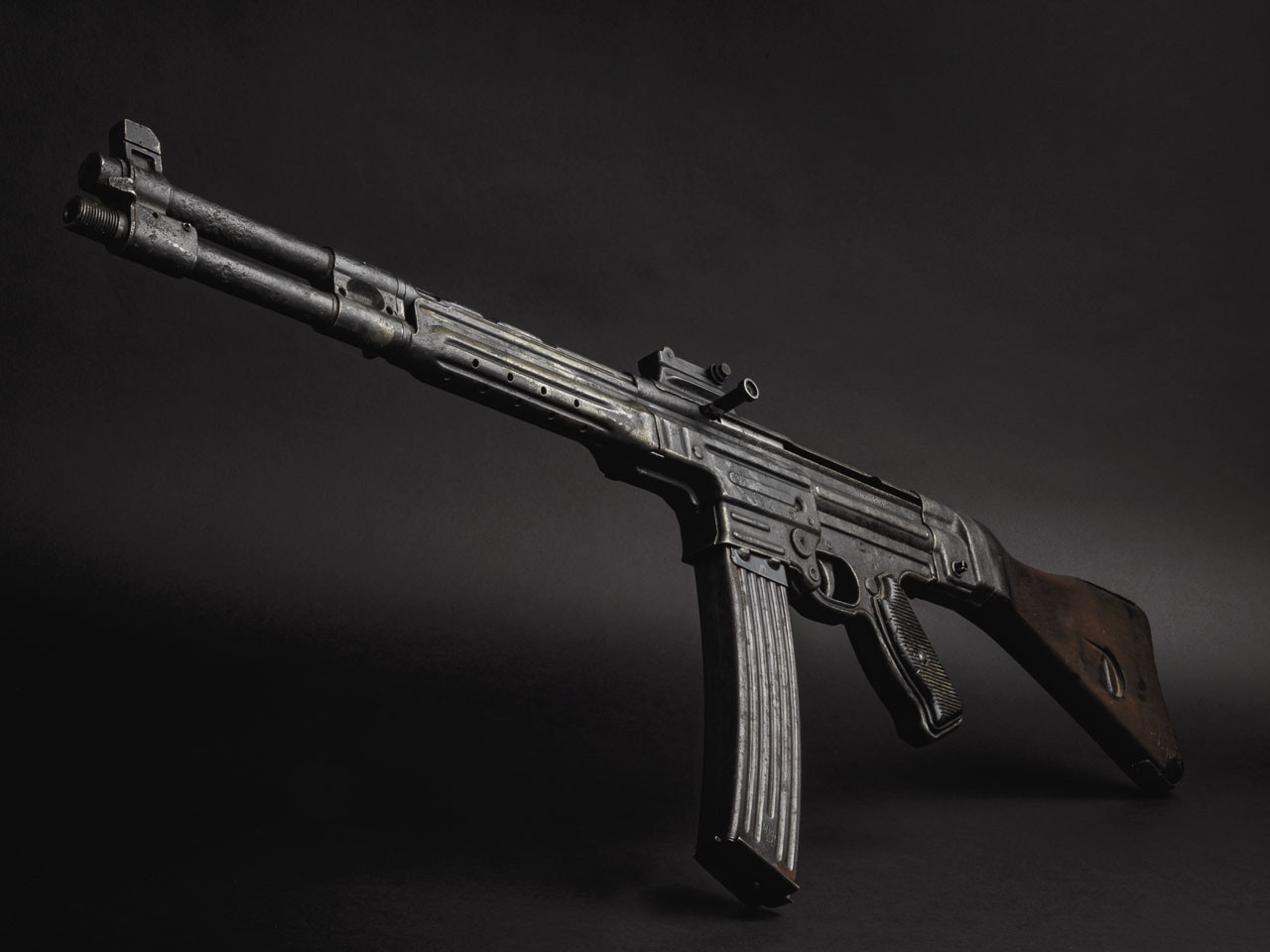 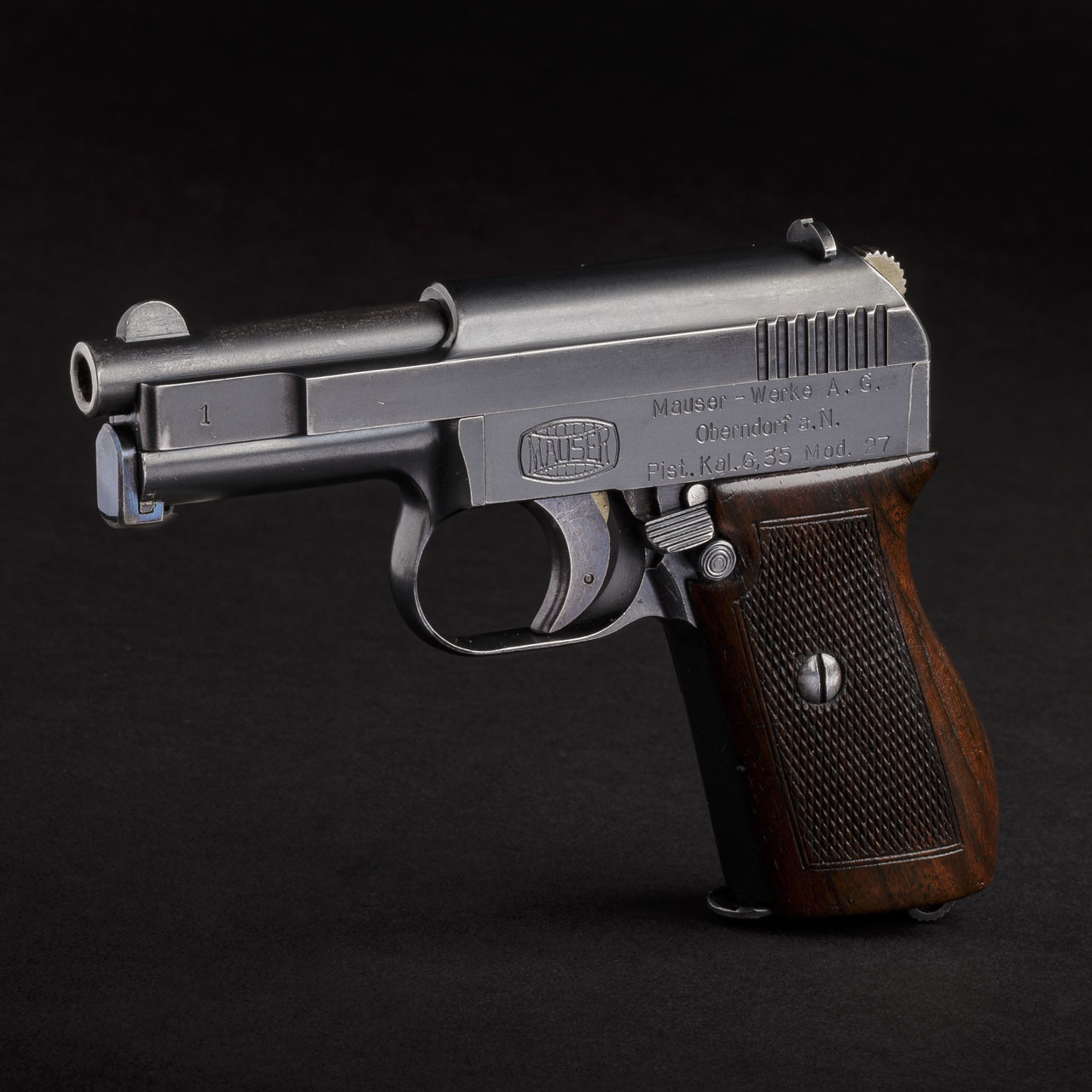 Lot 2469 is certainly worthy of note: probably the only copy ever made of a little-known weapon, the semi-automatic Mauser pistol Model 27 with the serial number 1 in 6.35 mm calibre Browning. The pistol was submitted to the Mauser factories in 1970. The company director at the time, Herr Vorgrimmler, has confirmed the authenticity of this incomparable piece and provided background information. This will be passed on to the buyer of the weapon, which is open to bids from 15,000 euros.

In 1883, the Königlich-Preußische Gewehrfabrik in Erfurt developed the successor of the archaic, overly heavy Reichsrevolver M 79. The piece now offered for sale, which bears no markings or inscriptions of any kind, was presented to the War Ministry as Model 1883. It is destined to take pride of place in a new collection for 4,900 euros. 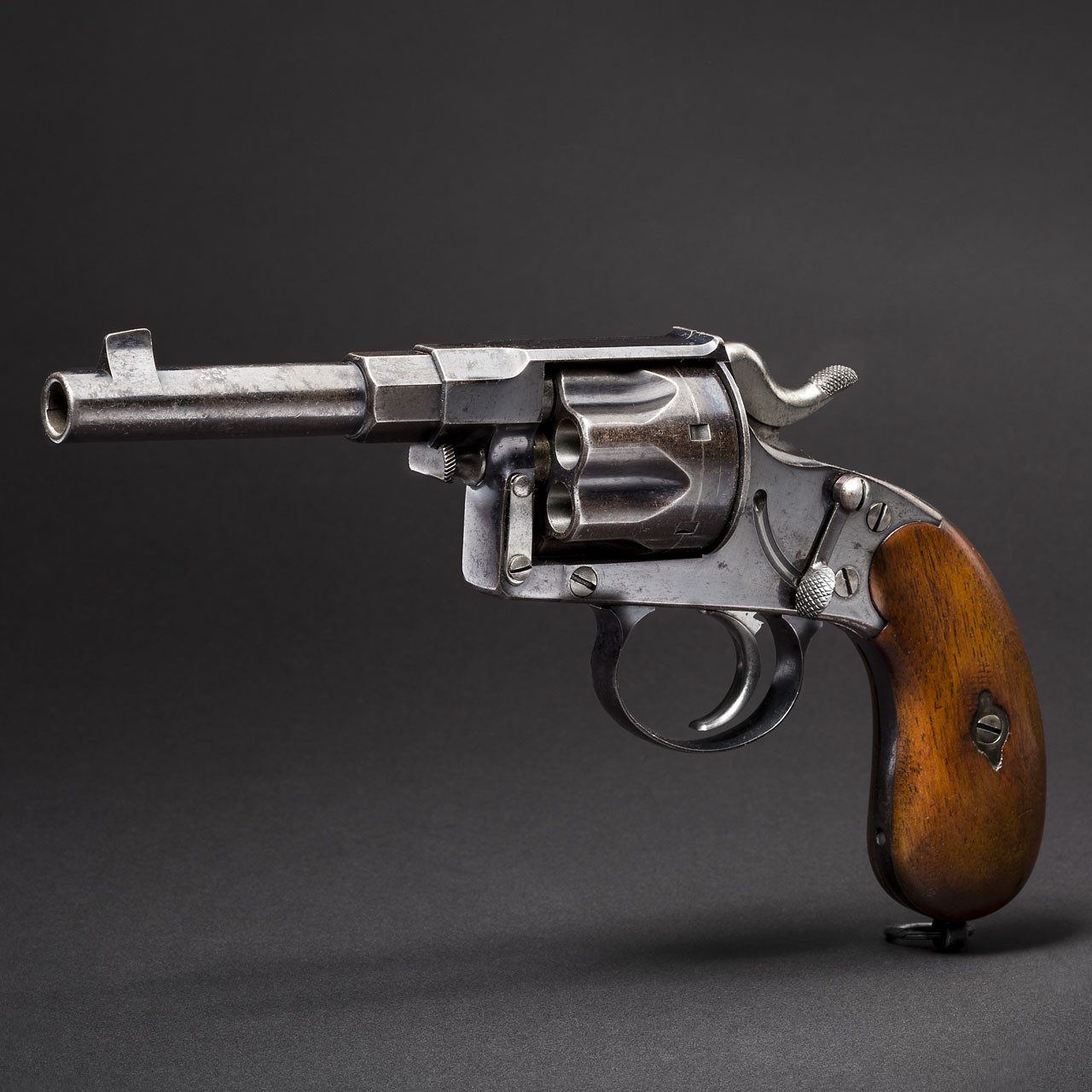 The 89th Auction of Hermann Historica GmbH presents an extensive lineup of 3303 collectibles from the specialist areas represented by the auction house, from antiquities to medieval armour and weapons, works of art and craftsmanship, Asian artworks and artefacts from military history, exquisite heirlooms from ruling houses, right through to antique firearms, all coming under the hammer from 26 to 28 May and on 1 and 2 June in Grasbrunn near Munich. All objects will be on display during the pre-sale viewing from 19 to 22 May and on 29 and 31 May.

For all objects you can find detailed descriptions and numerous photos in best quality on the website of Hermann Historica. www.hermann-historica.com

More highlights from our auction: 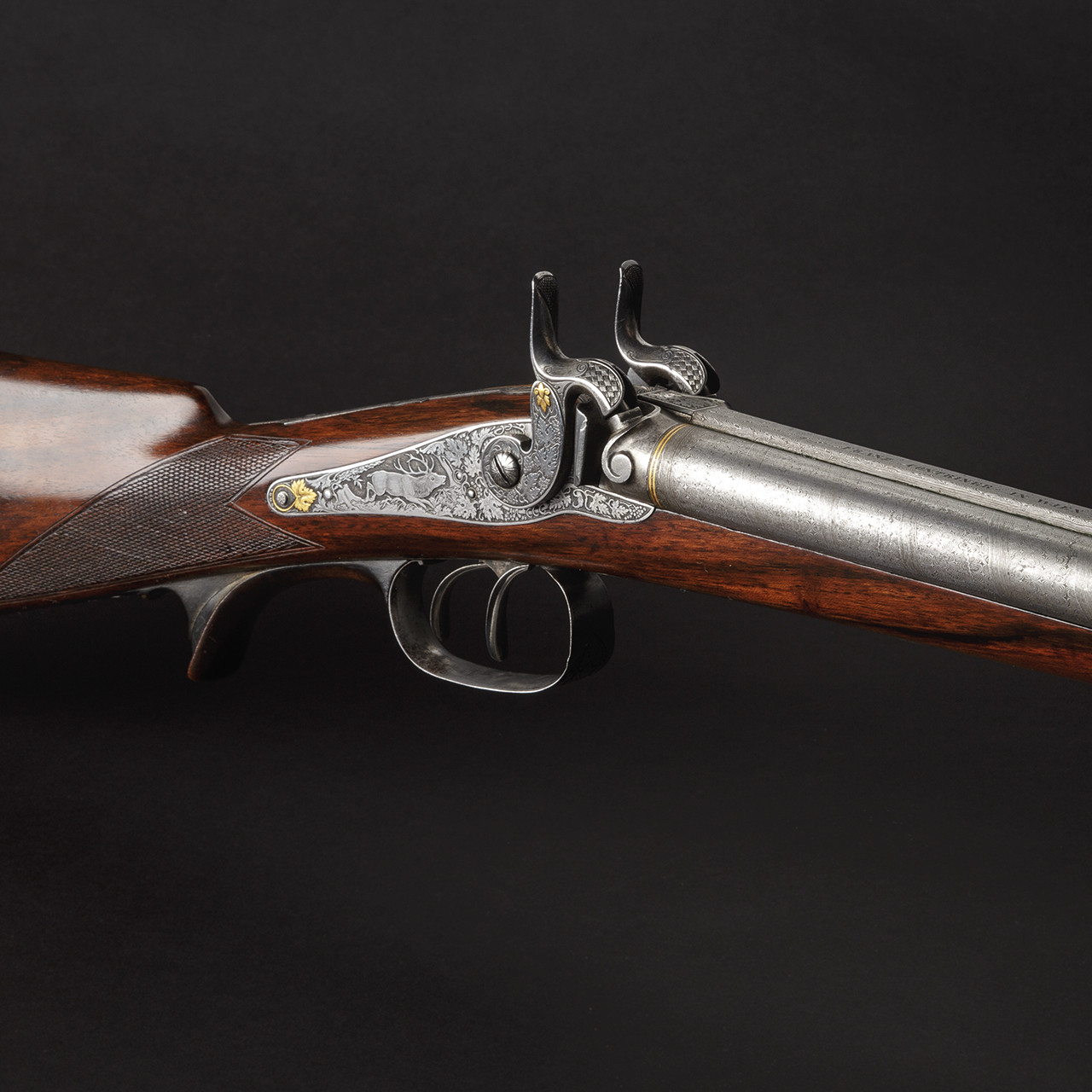 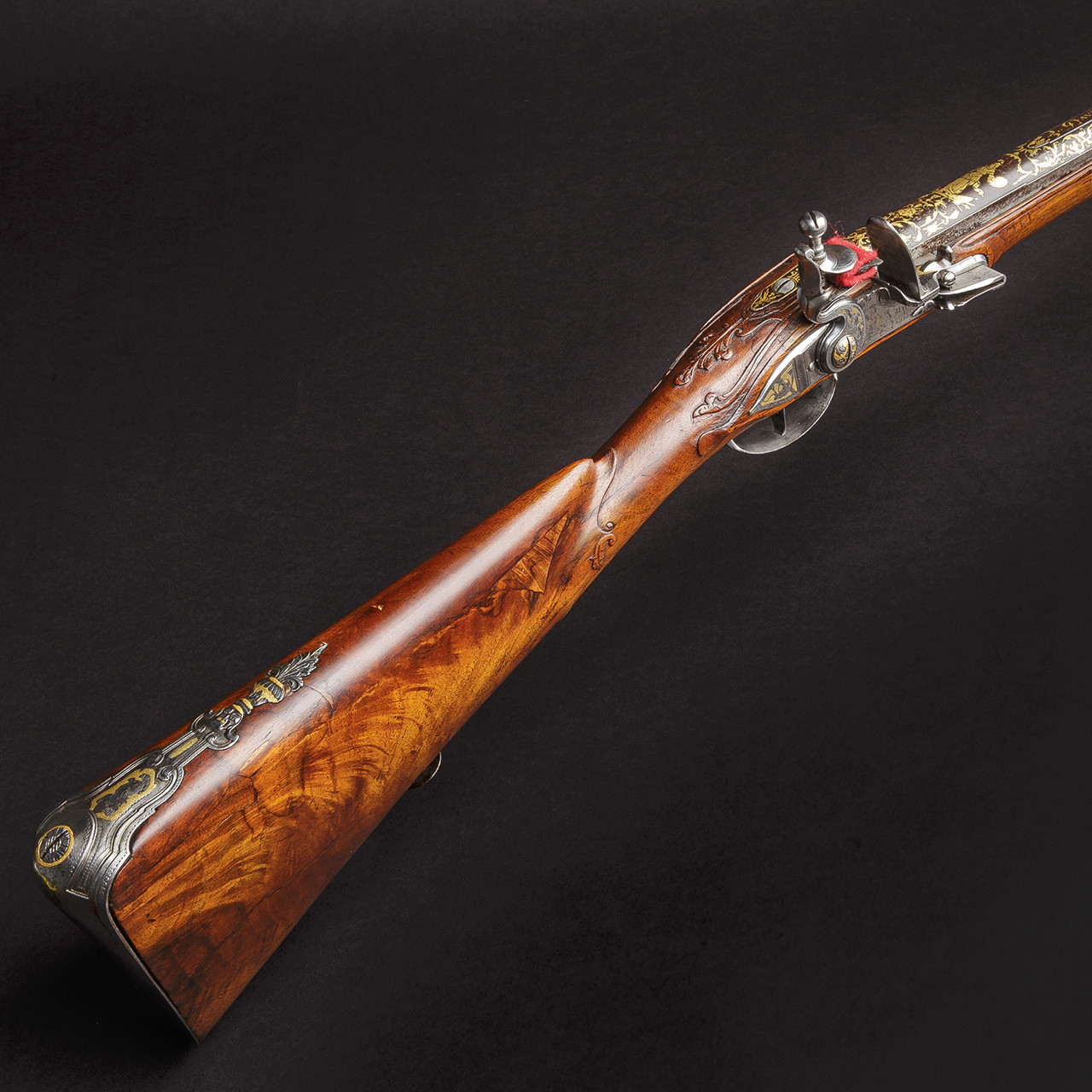 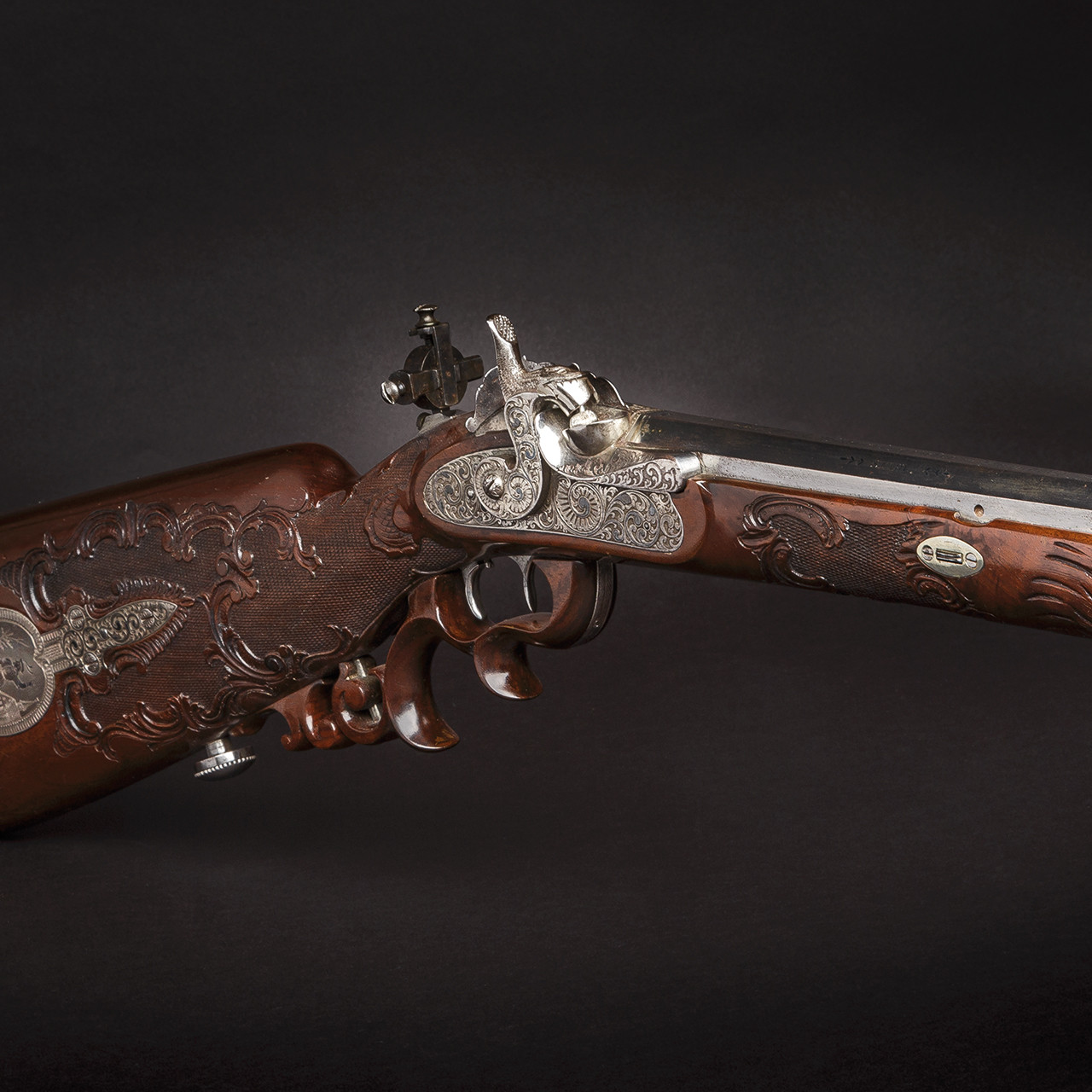 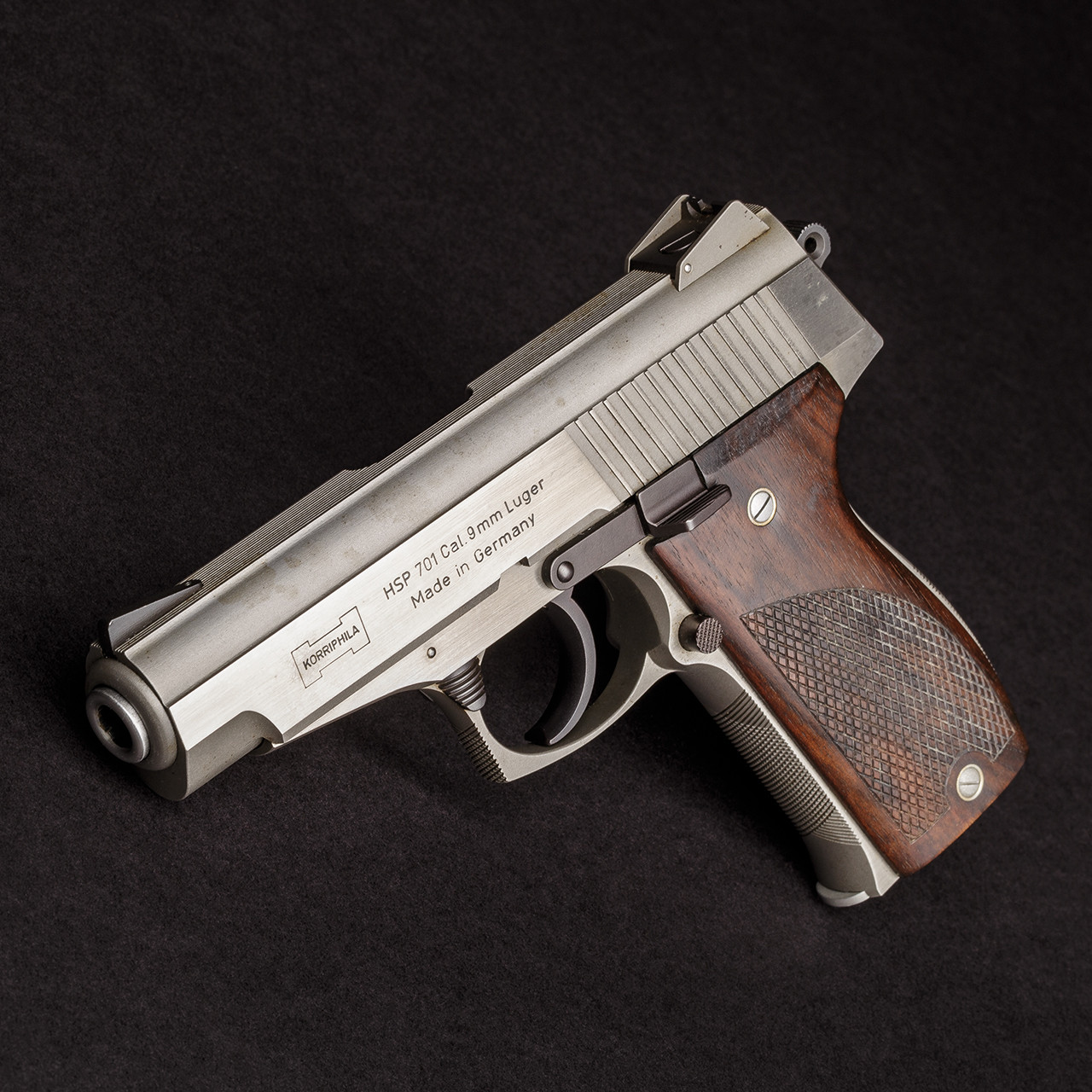 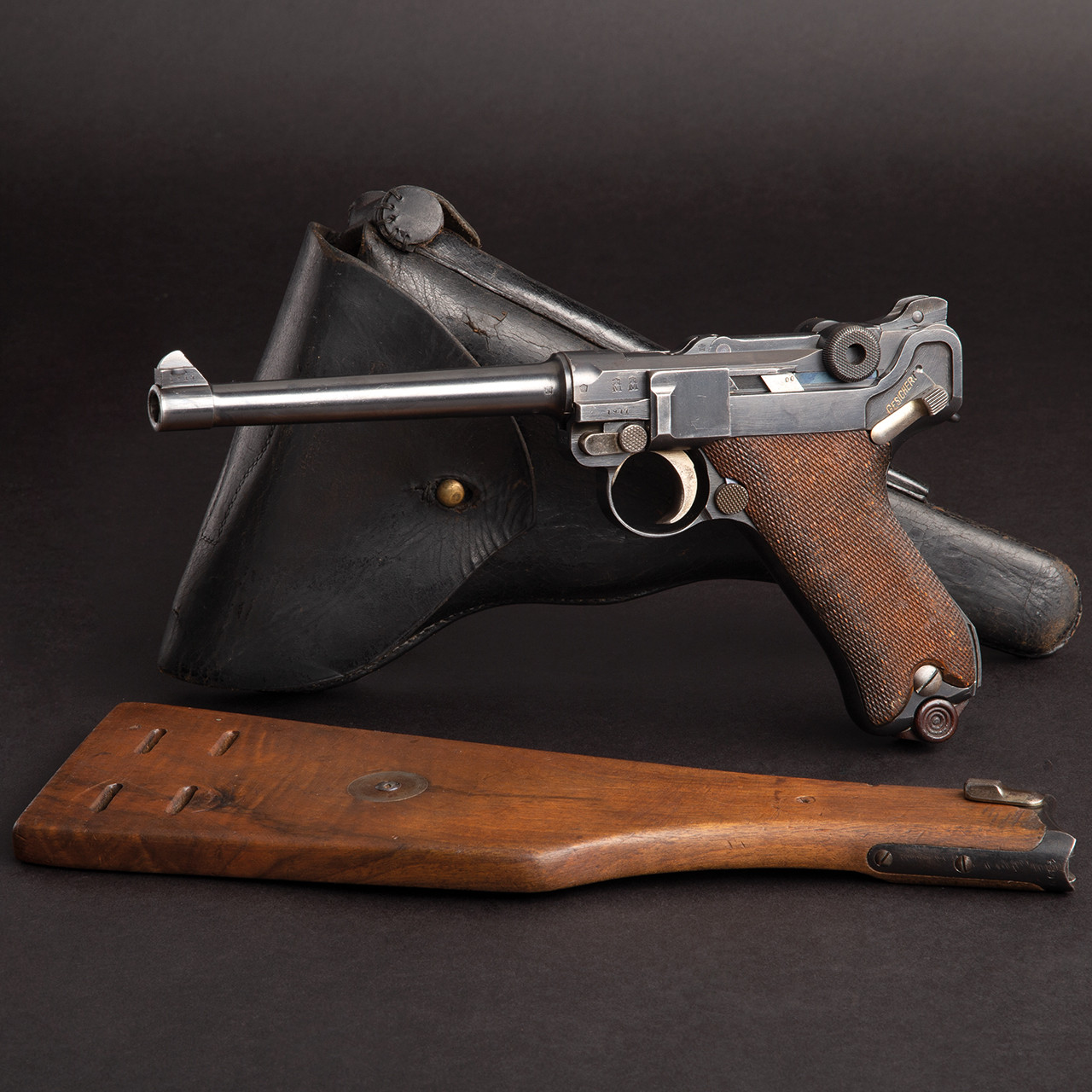 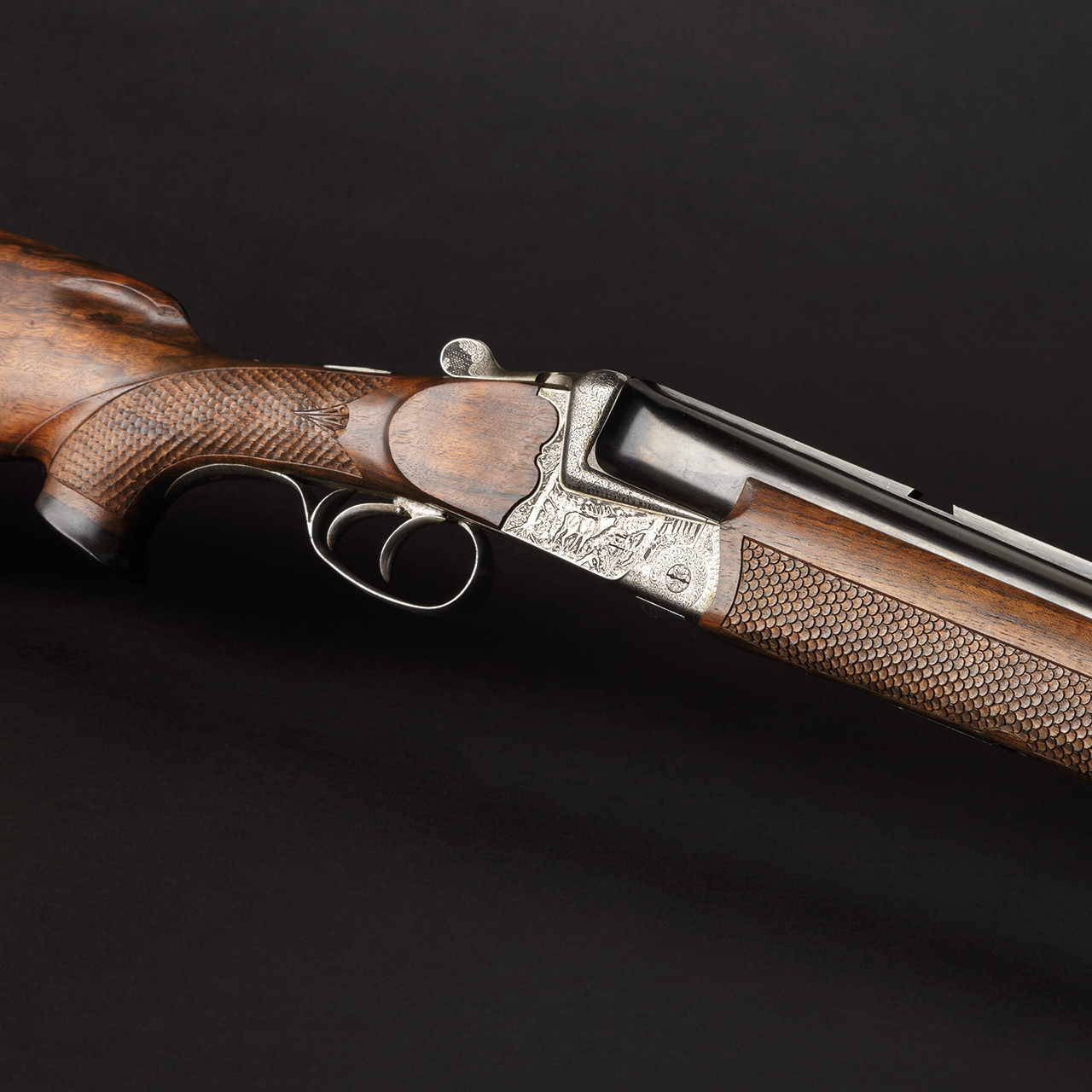 A rifle/shotgun combination by B. Fritz of Fichtenberg Lot 2332, Starting price € 1.500 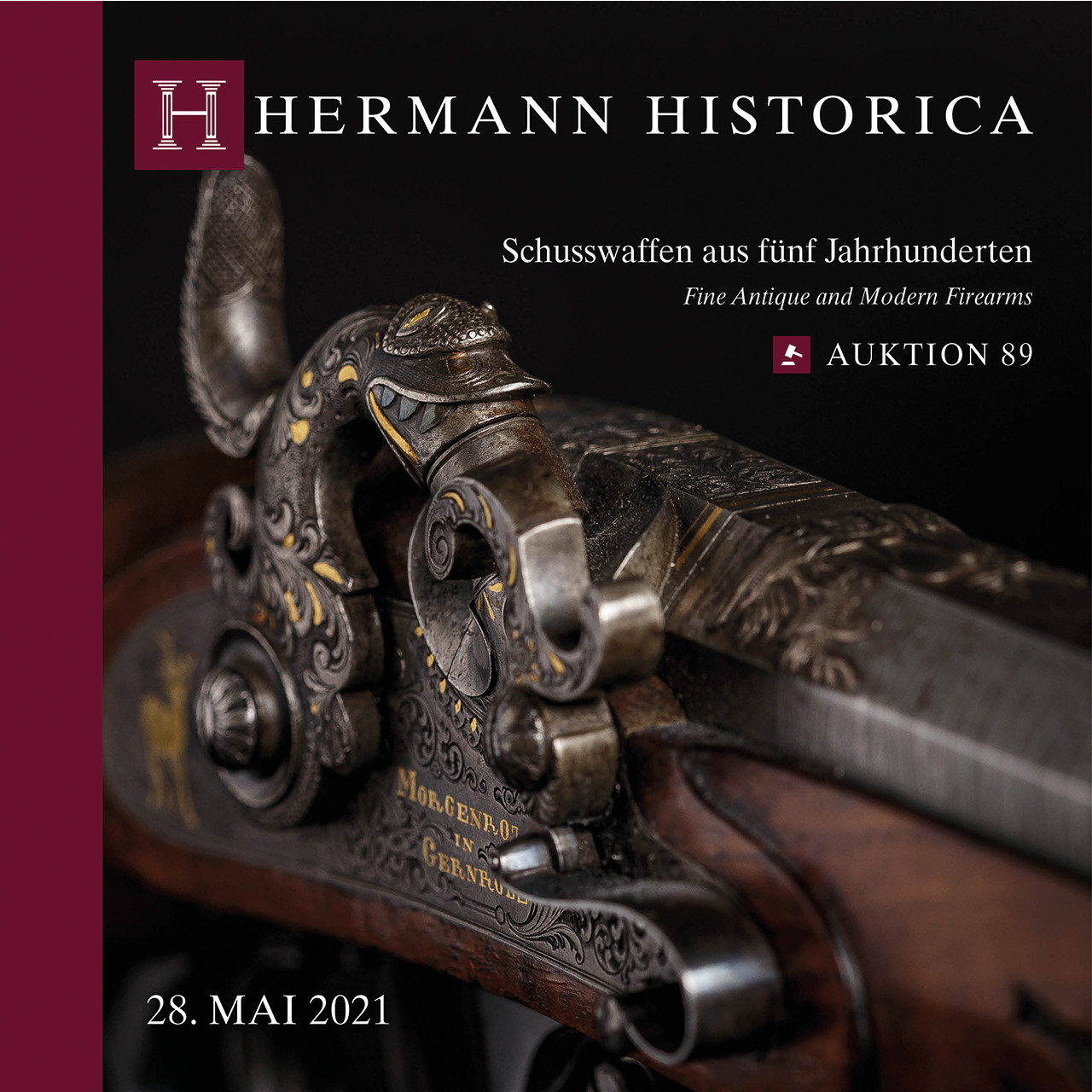